July 9, 2020 – IK Multimedia, in partnership with rock icon Joe Satriani, have released their newest artist signature collection, AmpliTube® Joe Satriani. Available for Mac/PC, iPhone and iPad, it offers users instant access to play, practice and record – anytime, anywhere – using precise models of the guitarist’s amps and pedals that were created with Satriani himself. 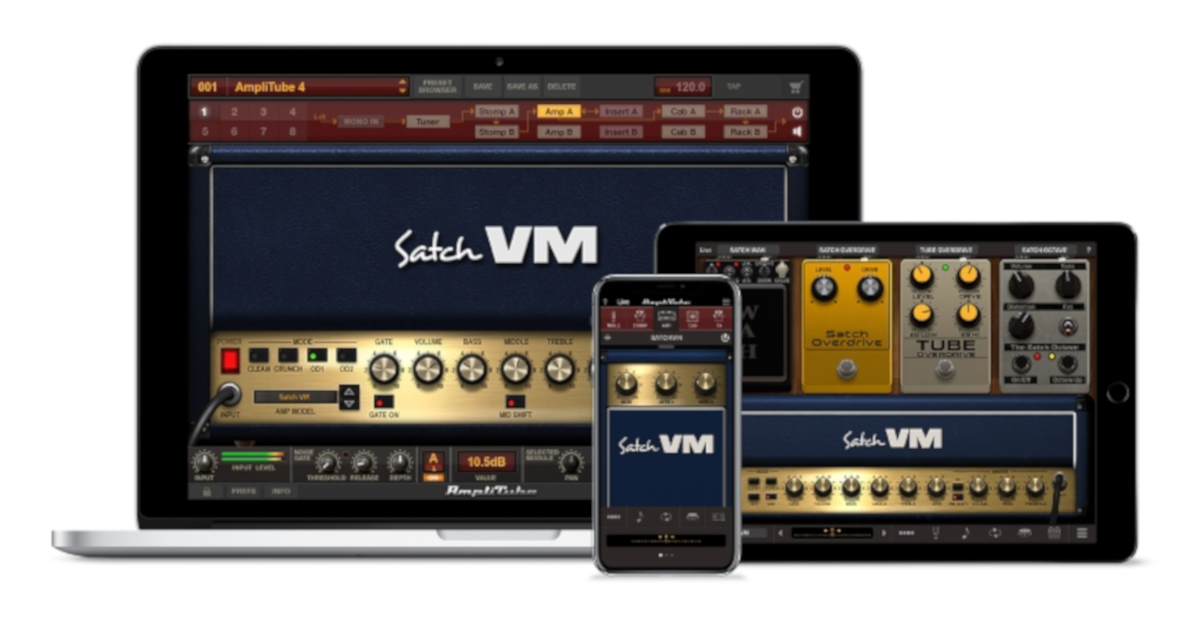 AmpliTube Joe Satriani reflects the guitarist’s reputation as a tone and gear connoisseur, featuring models of both classic and artist signature pieces, along with some fan favourites. Each model was created to Satriani’s exact specifications, for an authentic user experience.

Amplifiers and cabinets:
Satch VM, modelled after Satriani’s Marshall® JVM410HJS signature head, SJ50, modelled after a ’93 Peavey® 5150, both with matching cabinets; and Boston 100, an expanded version of the ’82 Scholz® Rockman model with stereo mode and cabinet modelling.

The Joe Satriani Collection (iPhone and iPad version) is available via in-app purchase from within AmpliTube CS for iPhone or iPad, and features the same amp, cab and stompbox models and presets. 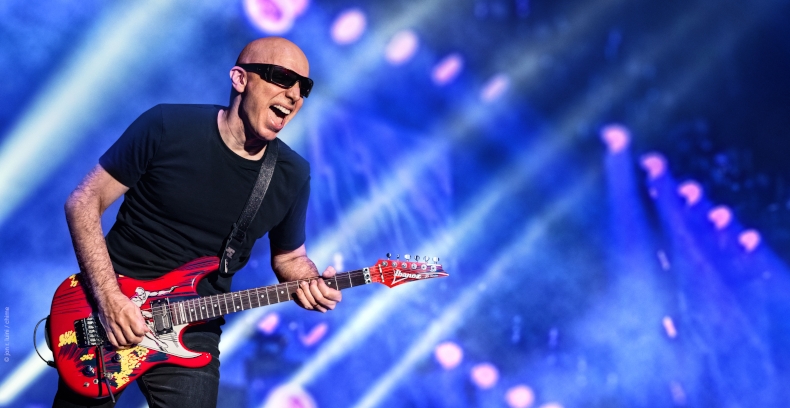 Groundbreaking Modelling Technology
IK’s latest Dynamic Interaction Modeling™ was used to deliver the highest level of ultra-realistic sound when modelling Joe Satriani’s gear. The product of 20 years‘ experience modelling analogue gear, DIM™ models the behaviour of every component in the circuit all the way down to its smallest nuance and character. Applied to Satriani’s rig, it delivers the same sound and feel as his real gear. About AmpliTube guitar and bass tone studio
AmpliTube is the world’s most powerful guitar and bass tone studio for Mac/PC/iPhone/iPad. Available in both free and paid versions, it recreates the entire guitar/bass signal chain from instrument to recording device in a hyper-realistic and intuitive way. Users can also browse and purchase collections of gear models from top gear manufacturers plus signature artist gear.

Options, pricing and availability
AmpliTube Joe Satriani (for Mac/PC) runs inside AmpliTube Custom Shop, a free download available to all. The new models are currently available as a bundle from within the Custom Shop, the IK Multimedia online store and from IK authorized dealers worldwide for $/€99.99* (excluding taxes).

No previous purchase of AmpliTube is required. These new models will show up as an optional purchase for existing users of AmpliTube upon updating to the latest version.

The Joe Satriani Collection (iPhone and iPad) is available via in-app purchase from within AmpliTube CS for iPhone or iPad for $24.99. Individual models may also be purchased a la carte.