Martin
SANTA MONICA, CA, USA: having made a show-stopping splash when introducing it in January at The 2020 NAMM Show at Anaheim Convention Center, CA, USA, trailblazing pro audio manufacturer Antelope Audio is proud to announce that its Zen Tour Synergy Core 18 x 26 desktop ThunderboltTM 3 and USB 2.0 audio interface has been nominated for Outstanding Technical Achievement in the Computer Audio Hardware category in the 36th Annual Technical Excellence & Creativity Awards® (TEC Awards), the winner of which will be announced during NAMM® Believe in Music Week — a global online gathering to unify and support the people who bring music to the world — being held as a virtual event on January 18-22, 2021… 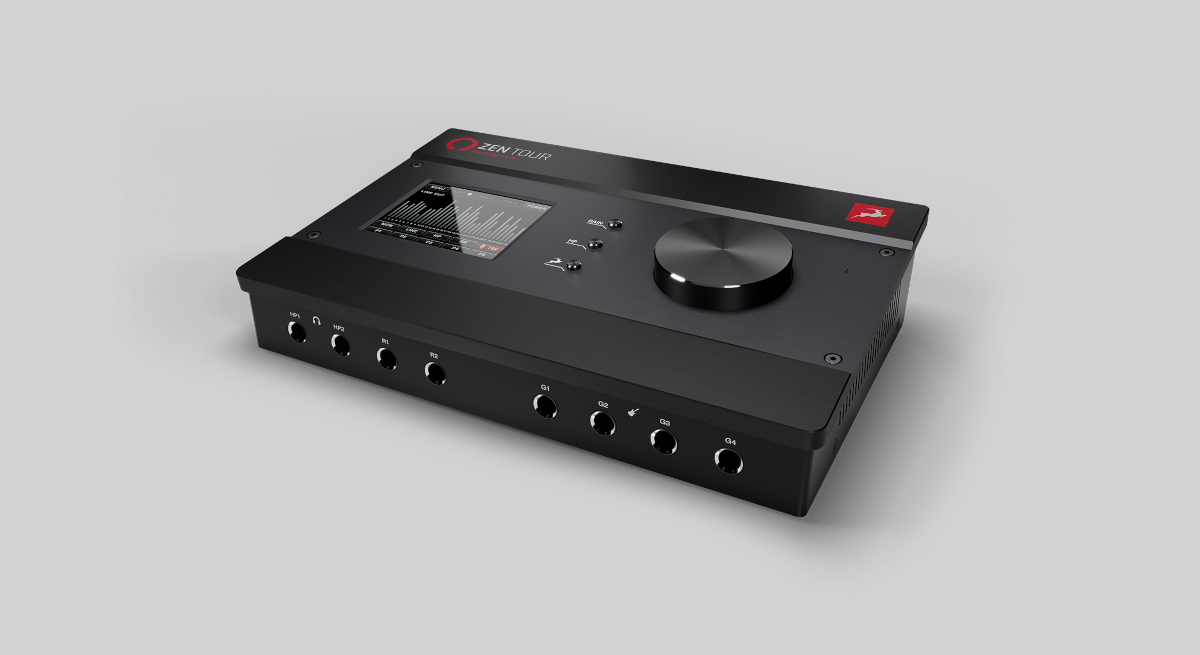 Outstanding Technical Achievement recognises innovative product design and excellence in audio and sound production, and includes 22 TEC Awards categories that span across the pro audio product spectrum. By being nominated in the Computer Audio Hardware category, the winner of which will be announced during the NAMM® Believe in Music Week virtual event on January 18-22, 2021, Antelope Audio’s Zen Tour Synergy Core 18 x 26 desktop ThunderboltTM 3 and USB 2.0 audio interface with onboard DSP has effectively come full circle, having made a show-stopping splash when introduced to widespread critical acclaim at The 2020 NAMM Show in January.
Antelope Audio’s Zen Tour Synergy Core is all about making it easier to effortlessly enter the creative flow and make album-ready recordings with high-fidelity conversion and sharp transient response typically reserved for professional studios and workflow possibilities usually only achievable with complex setups. Indeed, its nomination in the 36th Annual TEC Awards actively recognises its technical excellence in terms of analogue and digital connectivity, clocking and conversion, onboard real-time effects, and workflow enhancement, with notable key features well worth highlighting here as follows: four discrete ultra-linear preamps with 65dB of gain for studio-quality recordings, all of which work as microphone/line inputs on XLR-TRS combo jacks; four Hi-Z/line instrument inputs on TRS 1⁄4-inch jacks; eight DC-coupled analogue output channels over a D-Sub 25 connector allowing control of modular synthesizers; two reamp outputs on TRS 1⁄4-inch jacks for further amp processing of guitar signals; ThunderboltTM 3 (up to 32 channels) and USB 2.0 (up to 24 channels) ports for native DAW application with custom macOS and Windows drivers; digitally expandable over ADAT (up to eight channels) and SPDIF (up to two channels); two stereo headphone outputs; pair of monitor outputs; collection of 36 analogue modelled effects featuring classic as well as rarely-emulated compressors, EQs, and mic preamps, plus guitar amps and cabs; 4x DSP, 2x FPGA Synergy Core proprietary onboard real-time platform for effects processing with imperceptible latency; up to 112 effects instances per session loaded simultaneously; advanced digital routing matrix enabling complex input/output routing with simple drag-and-drop functionality; four 32-channel mixers for creating individual cue mixes and sub-mixes, allowing headphone mixes distribution to musicians while applying pan, reverb, or other effects, and a stereo link; customisable presets, complete with signal routing, level adjustments, mixer settings, and sub-mixes; direct hardware monitoring with effects, processed in real-time with imperceptible latency; multifunctional touchscreen display for monitoring, operation, and recall of hardware-based presets; front panel- based volume knob with selectable sources and function buttons, plus easily-accessible talkback with built-in microphone via multi-purpose ‘Antelope’ button; optional standalone operation (to work without being connected to a computer); and wireless control of software features from a separate computer connected to the same network.
Needless to say, voting for the 36th Annual TEC Awards is now open — to professionals that make their primary living in the music, sound, and entertainment technology industries. Indeed, the TEC and nominee community are invited to vote, including audio and entertainment technology professionals from studios, venues, houses of worship, audiences of nominated companies, and members of the NAMM retail community that sell pro audio and related gear, with requests to vote being accepted online (https://www.tecawards.org/voting-info). Closing on December 30, 2020, voting is powered by Broadjam, a third-party voting service, with winners’ names being kept in confidence until the online celebration is held during the NAMM® Believe in Music Week virtual event on January 18-22, 2021.
Antelope Audio also invites individuals who qualify to cast their vote for Outstanding Technical Achievement in the Computer Audio Hardware category. Could Zen Tour Synergy Core be the winner? Watch this space…
Priced at $1,995.00 USD/€1,995.00 EUR, the TEC Award-nominated Zen Tour Synergy Core audio interface can be ordered online from Antelope Audio directly via its dedicated (https://bit.ly/34e49sT) webpage, which also includes more in-depth information.
Explore Zen Tour Synergy Core’s included real-time effects here: https://en.antelopeaudio.com/products/zen-tour-synergy-core-real-time-fx/
Watch Antelope Audio’s attractive Zen Tour Synergy Core teaser video here: https://youtu.be/qCKaI2izimA