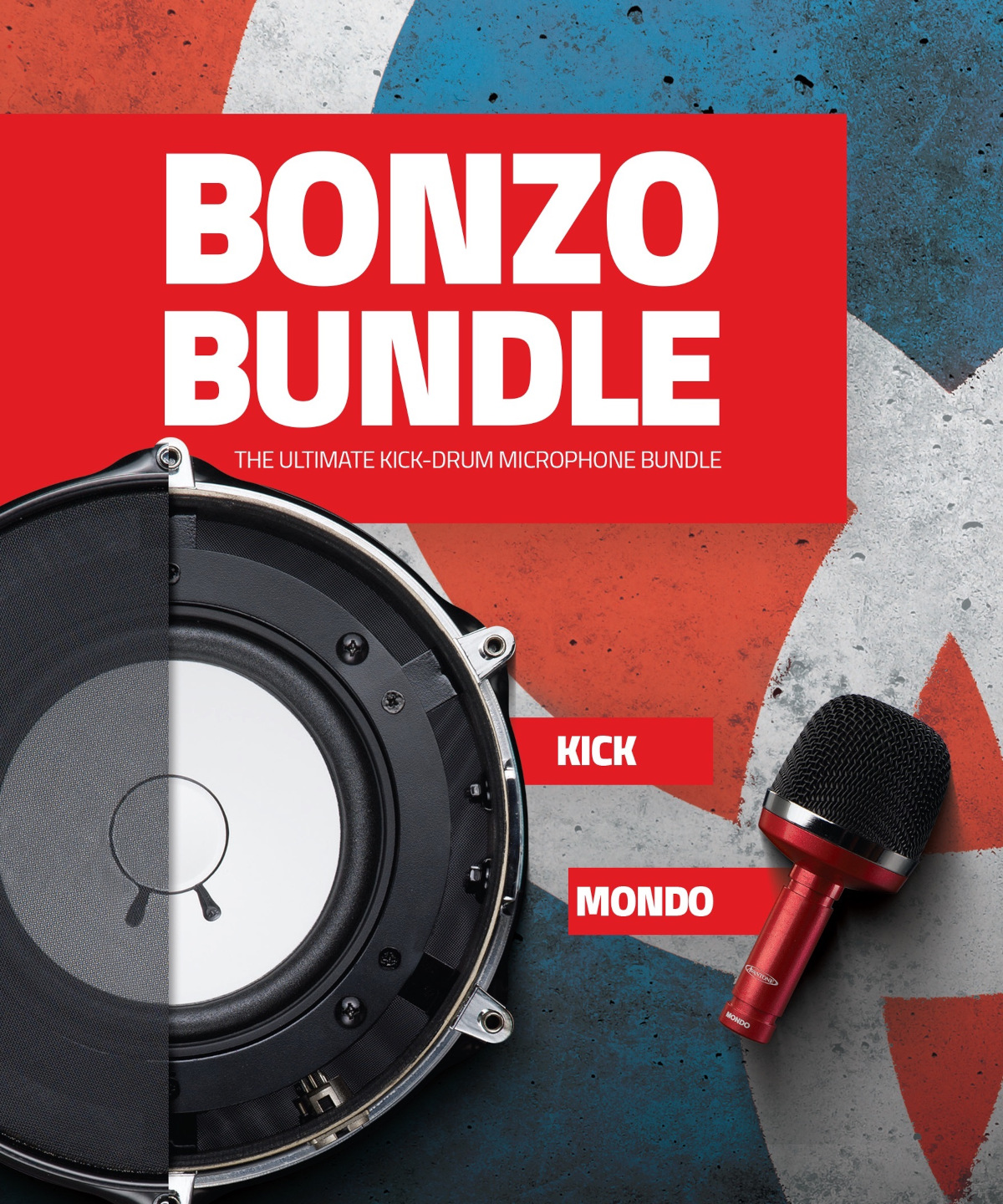 Released last year to widespread critical acclaim, Kick brings the boom from appropriate instruments out to the forefront, making large-sounding sources sound massive. Moreover, it neatly does so with a sub-frequency microphone that utilises its well-known reproduction ‘white cone’ low-frequency driver — not just any driver, though… the driver! After all, Avantone Pro’s AV-10 MLF low- frequency replacement driver used in its CLA-10 recreation of an iconic studio reference monitoring mainstay — and compatible with the Japanese original — is also at the beating heart of Kick. Indeed, it has a single continuous press-formed cone to match that classic sound and allows a much higher level of quality control and consistency during the manufacturing process as well as delivering strong bass reproduction. In Kick’s case, the AV-10 MLF’s distinctive 18cm cone acts as a microphone element. The microphone itself is of a moving coil dynamic type, with a 50Hz to 2kHz frequency response, 6.3 Ω output impedance, and figure- eight pattern, plus a male XLR connector. All are housed in a birch plywood drum shell with a 10-inch mesh drum head. Having said all that, to then mount Kick on a standard mic stand simply would not do the job justice — which is exactly why Avantone Pro provides a stage-ready, double-braced drum stand. Studio-bound or on the road, the comprehensive Kick package is really ready to deliver!
Meanwhile, MONDO is die cast from zinc as Avantone Pro’s second-generation kick drum microphone with no breakable plastic parts, thanks to its brass and steel grill assembly. Aesthetically, it looks the part, with a cabernet wine-red finish accented with polished nickel trim and a black grill assembly. All components are designed and manufactured using the finest materials, yielding a seriously solid feel, superb structural integrity, and rugged reliability. ‘Rumble’ transmission from physical vibrations is prevented by internal shock-mounting on the capsule assembly. As is the case with all Avantone Pro drum mics, MONDO features a pair of machined insets on its barrel body that allows the O-rings of the included SSM shock-mount to ‘lock’ the mic into place, preventing shifting and slippage. Said SSM shock-mount is as rugged as can be found anywhere, allowing for a superb decoupling of the mic from unwanted low-frequency transfer and rumble, resulting in a much tighter, less muddy sound than other brands of drum mics, while those O-rings are manufactured using a world-class custom Ethylene Propylene formula providing resistance to breakage and surface nicks, yet remaining supple and effective even against dry, hot temperatures. It is resistant to ozone and weathering, which makes it great for use around electronics devices, and maintains its physical properties — even in a stretched condition. Also, all SSMs are constructed of heavy-duty die-cast zinc, which is not only incredibly durable but also adds mass, contributing to vibration dampening/ decoupling. As a cardioid polar pattern dynamic microphone weighing in at 5 kg (16 oz), MONDO’s specifications are equally enticing: 20Hz to 15kHz frequency response, 6.3 Ω output impedance, and 145dB maximum SPL, to quote some notable examples.
Perfectly paired as the Bonzo™ Bundle at an attractive price point, anyone with a vested interest in flexibly reproducing kick drum sounds to the highest possible standard without breaking the bank — or, indeed, breaking microphones not necessarily so suited to the task — should seriously consider taking this opportunity to simultaneously add Kick and MONDO to their microphone locker. Loud and proud can be a beautiful combination, captured beautifully by Avantone Pro’s latest offering!
Bonzo™ Bundle is available at Avantone Pro’s US Dealers (http://www.avantonepro.com/us-dealers.php) with a MAP (Minimum Advertised Price) of $399.00 USD. (European SSP — Suggested Selling Price — is €399.00 EUR, including VAT, with worldwide Distributors listed by country here: http://www.avantonepro.com/worldwide.php)
For more in-depth information, please visit the dedicated Kick webpage here: http://www.avantonepro.com/kick.php
For more in-depth information, please visit the dedicated MONDO webpage here: http://www.avantonepro.com/mondo.php
Kick and MONDO can be seen and heard in Avantone Pro’s multi-language Bonzo™ Bundle trailer videos here:
https://youtu.be/hgXW5E2zWmw (Czech)
https://youtu.be/W57uaFl6cRE (English)
https://youtu.be/Lxeux8cBAFs (French)
https://youtu.be/q8FmERloQtg (German)
https://youtu.be/YG5pd2Ww3vg (Italian)
https://youtu.be/oq7UBW1hy2A (Japanese)
https://youtu.be/PuBkfKQaJEo (Korean)
https://youtu.be/teV–PdmCxo (Mandarin)
https://youtu.be/2Crp0DSer30 (Portuguese)
https://youtu.be/wJuD8I_TbOA (Polish)
https://youtu.be/NVGPF2NO554 (Spanish)