Vintage Bandoneon has a large number of samples, 4 layers and uses 4-x Round Robin. Velocity is regulated by Modulation (CC1), which makes a smooth transition between the layers. Great value Immersed accents, which are controlled by Velocity are made in the technology of 4-x Round Robin and implemented in two versions – soft and hard. 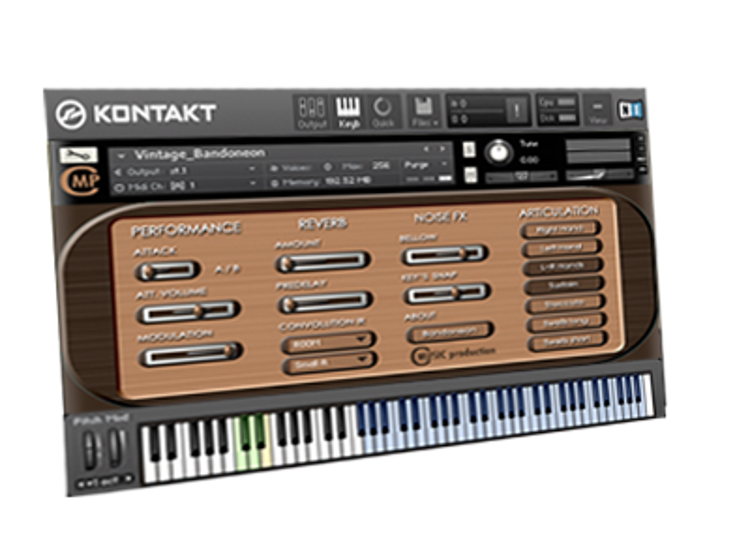 Bandoneon – a musical instrument, a kind of harmonic. It was invented in Germany by Heinrich Band. At first it was used in sacred music in churches in Germany. At the end of the XIX century it was introduced by Argentina and soon it began to be widely used as a solo instrument in tango. It is thanks to the music of Argentine tango bandoneon won the piercing a painful sound that attracted her so many fans.

The famous singer and composer on bandoneon – Astor Piazzolla.