BERKELEY, CA, USA: innovative hardware and software developer Keith McMillen Instruments is proud to announce that hip-hop super-producer Dan the Automator made much use of its K-MIX next-generation audio interface and programmable mixer on the song sympathetically underscoring the closing credits for crime thriller Money Monster currently captivating big screen audiences around the globe… 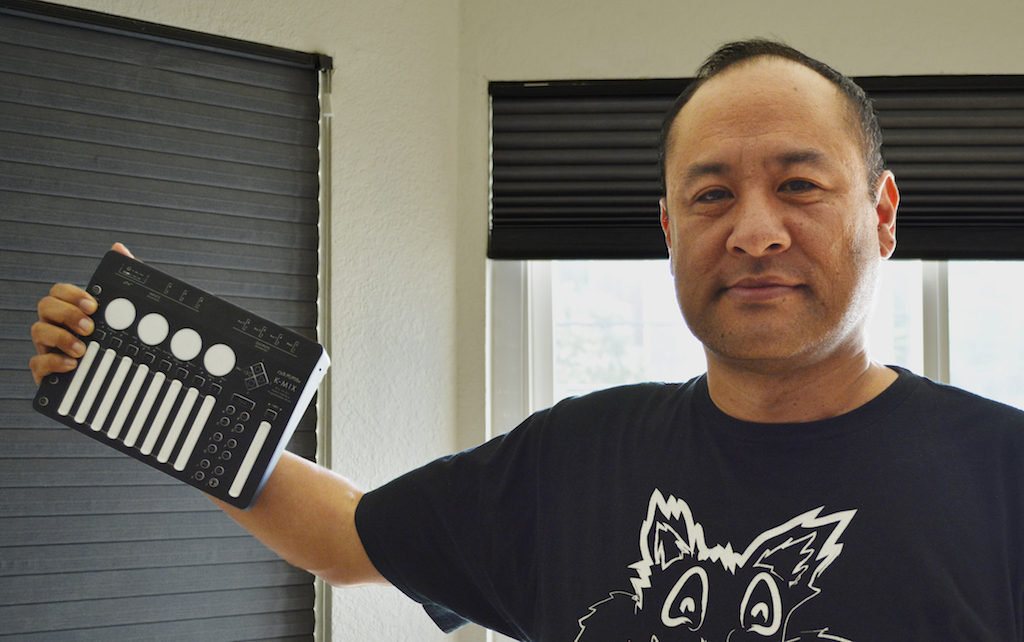 Famed for producing the five-million-copy-selling namesake debut album by British ‘virtual group’ Gorillaz and an association with acts as diverse as Depeche Mode, DJ Shadow, and Kasabian, as well as recording with rapper Del the Funky Homosapien and Canadian DJ/turntablist Kid Koala as hip-hop supergroup Deltron 3030, San Francisco-born Daniel Nakamura — better known to all as Dan the Automator — needs little in the way of introduction.  Introducing the cast and crew of a major motion picture is a time-served art form — always a major undertaking trying to fit so many names into such a short space of time, though. Perfectly placing a sympathetic song to underscore this tricky moment in time is also an art in itself. It works well in the Jodie Foster-directed crime thriller Money Monster, starring George Clooney as a financial TV host and Julia Roberts as his producer put in an extreme situation when an irate investor takes over their studio. Dan the Automator’s accompanying action-packed ‘What Makes The World Go ’Round (MONEY!)’ hit that underscoring ‘sweet spot’ big time! Trusted collaborator Del the Funky Homosapien provided some serious support in the vocal department with a little technical help from a friend.  For when it came to recording vocals for the song in question, Keith McMillen Instruments’ compact K-MIX — a rugged, eight-input/10-output audio interface and programmable mixer featuring two ultra-accurate, low-noise μPre™ preamps, and a precision opto-tactile control surface that was designed from the ground up to command any DAW (Digital Audio Workstation) with an unprecedented level of control while providing super-clean audio neatly wrapped up in an accessible, portable package allowing artists to focus on the all-important task of making music — audibly delivered. Dan the Automator sang its praises thusly: “I tried using K-MIX for the first time while recording Del’s vocals for ‘What Makes The World Go ’Round (MONEY!)’. It plugged right into Pro Tools and just worked. I also used the onboard preamp with a Neumann TLM 170 and the results were nice and punchy.”  There it is, then… the entirety of the vocal component of a major song supporting a major motion picture recorded using those ultra-accurate, low-noise μPre™ preamps on a K-MIX connected to a computer. Coming to a movie theatre near you. Check it out. Or simply seek out the song itself. Who says compact can’t sound great? Just ask Dan the Automator about Keith McMillen Instruments’ great-sounding K-MIX!

Hear the K-MIX in action on Dan the Automator vs. Del the Funky Homosapien’s ‘What Makes The World Go ’Round (MONEY!’) music video here: https://www.youtube.com/watch?v=AnknN4W1lXU