Martin
PAVIA, ITALY: analogue saturation circuits digital reproduction specialist Nembrini Audio is proud to announce availability of Quinta Pitch Machine — making for an octave pedal-style plug-in with a difference by (virtual) virtue of adding a self-explanatory +1 FIFTH control to the standard octave up/down capabilities of most hardware octavers, other than the diminutive Danish model from which it draws some software inspiration with a knowing nod of appreciation — as of February 1… 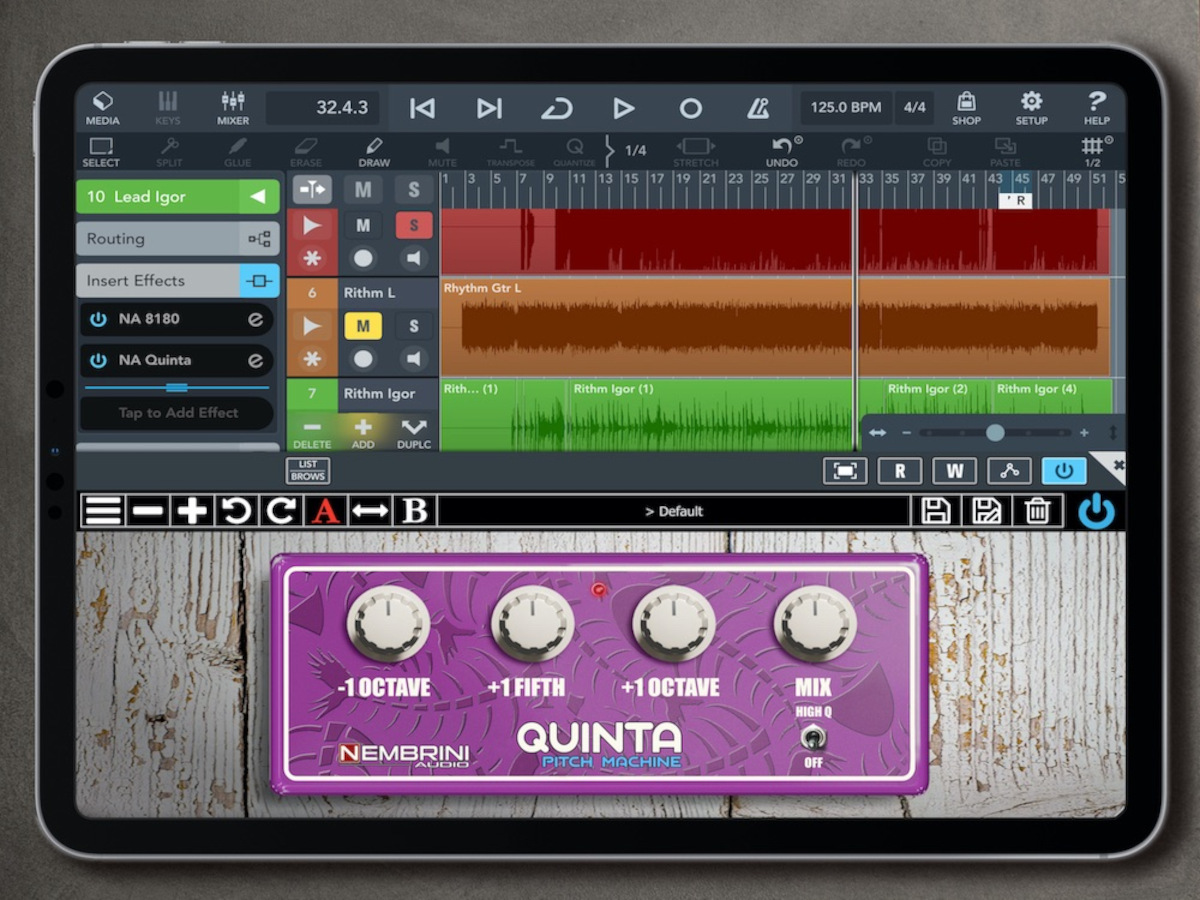 Obviously octave pedals transpose guitar signals up or down by an octave, providing the perfect effect to thicken up the sound of guitar riffs. Clearly classic octave-doubling sounds awesome, as evidenced by numerous classic recordings, but throwing in a fifth up in addition to the standard octave up/down capabilities of most hardware octavers gives guitarists so much more sonic scope for creating a whole new world. Which is exactly where Quinta Pitch Machine comes into play as an octave pedal-style plug-in with a difference — by bringing an additional +1 FIFTH control to the mix.
Musically, each of the three intervals available to Quinta Pitch Machine users can be dialled in individually via volume controls — +1 OCTAVE adding a note that is one octave higher than the note being played on the treated instrument, -1 OCTAVE adding a note that is one octave lower than the note being played, and +1 FIFTH adding a note that is a fifth higher than the note being played, so sonic possibilities include organ-, synth-, and 12-string guitar-type sounds. Single note- played power chords come naturally as another outcome, of course.
Control continues with MIX, which adjusts the balance between the natural (dry) signal coming from the instrument being played and the configuration of added octaves and fifths set via those three volume controls to create the desired pitch- shifted sound, while the ‘LED’ at the top of the colourful GUI (Graphical User Interface) indicates when the effect is on or off, working in conjunction with the photorealistic stomp switch — to turn the effect on or off. On or OFF also applies to the HIGH Q switch; when it is activated, the pitch shift algorithm works in high quality — albeit introducing latency which will be compensated for by the DAW (Digital Audio Workstation).
Whatever way anyone chooses to work with it, Quinta Pitch Machine manifestly looks like a hardware octave pedal. Put it this way: with Nembrini Audio’s acclaimed digital reproduction of analogue circuits at its creative core, clearly it behaves and sounds like one, too — realistically rendered in software as an octave pedal-style plug-in with a difference. Similarly straightforward in operation, it is as easy as installing it to run with any AAX-, AU-, VST2, and VST3-compatible host — having first purchased it at an attractive price that will far from break the bank!
Quinta Pitch Machine is available for purchase (as an iLok-protected AAX-, AU-, VST2-, and VST3-supporting plug-in for macOS 10.9 or newer and Windows 7 or newer) at an attractive introductory price of only $19.99 USD until February 15, 2021 — rising thereafter to a regular price of $49.00 USD — from here: https://www.nembriniaudio.com/products/quinta-pitch-machine
Flexibility further abounds as Quinta Pitch Machine is also available in AuV3 format for iOS on the App Store from here: https://apps.apple.com/us/app/quinta-pitch-machine/id1549515113)
For more in-depth information, including several superb-sounding audio demos, please visit the dedicated Quinta Pitch Machine webpage here: https://www.nembriniaudio.com/products/quinta-pitch-machine
See and hear Quinta Pitch Machine making musical waves in Nembrini Audio’s tempting trailer video here: https://youtu.be/8WcB84sTQPM