“Through the adventures of music and travel, I have been privileged to experience our world as a composer and musical explorer. It is my humble dream to go on sharing my aspirations with future generations through the legacy of my sound archives.” – David Fanshawe (1942-2010) 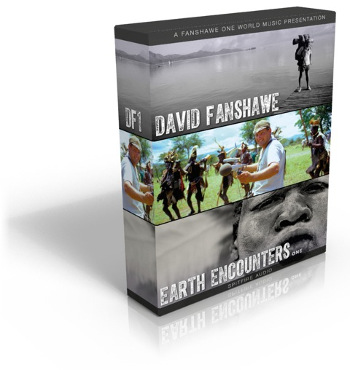 DAVID FANSHAWE – EARTH ENCOUNTERS VOL 1 can be purchased and downloaded directly from Spitfire Audio from January 24, 2015 for an attractive introductory price of £149.00 GBP (around $225.00 USD) — rising to an RRP of £199.00 GBP (around $300.00 USD) on February 7, 2015 — from here: http://www.spitfireaudio.com/products-page (Note that this is a free Native Instruments KONTAKT PLAYER library — no additional purchases necessary to run this product to its full potential.)  For more detailed information, please visit the DAVID FANSHAWE – EARTH ENCOUNTERS VOL 1 webpage here: Link