Baton Rouge, Louisiana—January 2016… PreSonus® announced its new ULT-series active loudspeakers, which combine the widest horizontal dispersion of any loudspeaker in their class with a focused vertical dispersion for an ultra-long throw. The result is even coverage throughout the space, enabling the audience to hear clearly wherever they are. Designed for both mobile use and permanent installations by PreSonus’ WorxAudio® commercial loudspeaker division, the series includes the ULT12 and ULT15 full-range systems and the ULT18 subwoofer. 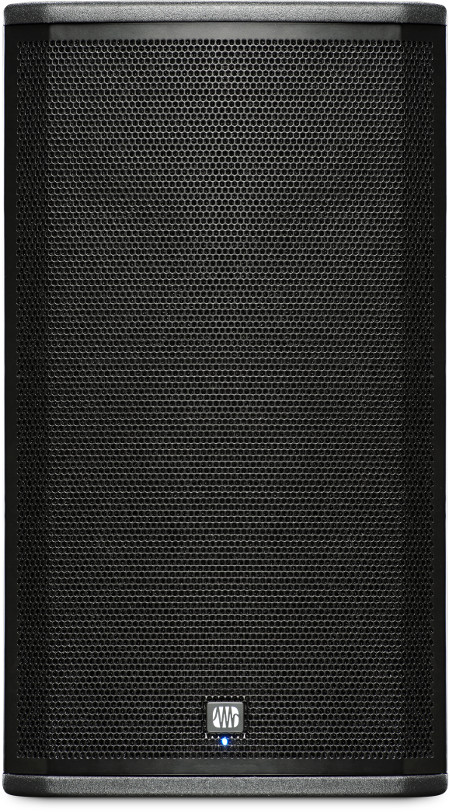 PreSonus’ proprietary Pivot X110 constant-directivity, rotatable horn combines ultra-wide horizontal coverage (110°) for broad coverage with focused vertical dispersion (50°) for superior throw. The result is a loudspeaker that can fill the room without introducing early reflections that muddy the sound. In addition, the Pivot X110 horn’s large size (11 x 11 inches) enables it to control the dispersion pattern lower in the frequency range than smaller conventional horns, so it maintains more consistent gain on- and off-axis, ensuring that the audience at the sides has the same listening experience as those in front. The result is sound reproduction that evenly fills the entire room.
The Pivot X110 horn can be rotated 90˚, so the ULT12 or ULT15 enclosure can be mounted in a horizontal configuration while still maintaining its 110˚ x 50˚ coverage pattern. Along with its compact size, this makes the ULT15 an ideal center-channel speaker for an LCR system or an under-balcony fill. Rotating the Pivot X110 horn can also help fix FOH issues in tall, narrow venues by minimizing early reflections and providing more directed coverage. Add the ULT’s multi-angle enclosure and presets for live performance, floor monitor use, and music playback, and you have an extremely versatile loudspeaker that is equally at home at front-of-house and as a stage monitor.
You get two combo XLR and ¼-inch TRS inputs: a mic/line input with PreSonus’ acclaimed XMAX™ mic preamp and a line-level-only input. The inputs have independent level control, allowing up to two audio sources to be mixed internally and summed to a balanced XLR output for „daisy-chaining“ multiple units. A separate direct output for the line input channel provides additional flexibility.
The ULT18 subwoofer is driven by 2,000W (peak) Class D power and uses a direct radiating, ported enclosure. A proprietary, 18-inch, low-frequency transducer with a 4-inch voice coil provides 7 mm of driver travel before over-excursion to push more air and bring more “thump.” A variable lowpass filter allows you to customize the crossover transition between the ULT18 and your full range loudspeakers. With a rugged, tour-grade enclosure and stereo combo XLR and ¼” inputs with direct outputs, the ULT18 is equipped for a variety of mobile and install applications.
All ULT loudspeakers feature lightweight, Baltic birch enclosures with a powder-coated steel grille, ergonomic handles, a locking IEC power connector, and a defeatable front-panel power-indicator LED. The ULT12 and ULT15 have multi-angle enclosures for use as mains or monitor wedges.
The ULT series is expected to be available in March 2016 from PreSonus dealers at the following expected street prices: ULT12 $999.95, ULT15 $1,099.95, and ULT18 $1,199.95.
For more information, please visit www.presonus.com/products/ult-loudspeakers
For information about WorxAudio, please visit wwww.worxaudio.com.