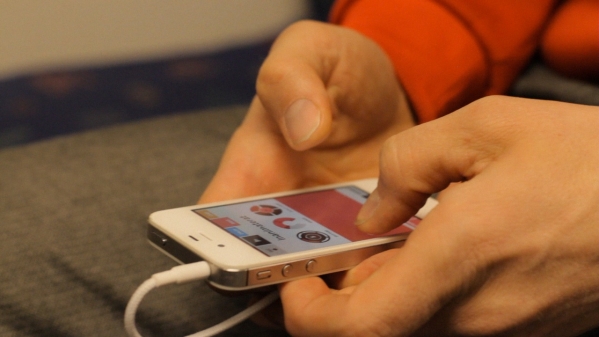 Figure, Propellerhead’s best selling music making app for iPad, iPhone and iPod touch, has integrates SoundCloud, enabling quick sharing of tracks with friends or the world. In addition using Audiobus, Figure users can now bus their audio to other effects and recording apps in real-time.

Directly in Figure, users can easily share their tracks privately with their friends or publicly to blogs, sites and social networks using SoundCloud soundcloud.com, the world’s leading social sound platform. It takes just a click to share sounds to Twitter, Tumblr, Facebook and Foursquare. In addition Propellerhead has created a mobile listening gallery, where users can listen to any publicly available Figure SoundCloud uploads, to discover new great music — or get inspiration for their own creations: propellerheads.se/mobile

To celebrate the new release, Propellerhead and SoundCloud are holding a prize drawing for everyone who uploads a sound through Figure. Two lucky winners will receive Beats by Dre headphones as well as a Propellerhead software suite and one year SoundCloud Pro account. The more a song is played, the greater the chance that it wins. Details in the drawing can be found here: propellerheads.se/figuredrawing

Using the Audiobus app with Figure, users can interconnect Figure with other Audiobus capable apps in real-time. Audiobus works like virtual audio cables, enabling Figure audio to be “plugged” into other effects and recording apps running simultaneously. A user can now alter and record an entire Figure performance of any length using additional effects and features from apps outside of Figure itself. More info on Audiobus: audiob.us/press

Figure pricing remains at EUR €0.79 / USD $0.99 and is available as a universal iPhone/iPod Touch/iPad App on the Apple iTunes AppStore: http://itunes.apple.com/app/figure/

More About Figure…
Fast, streamlined and fun, Figure enables even an inexperienced musician to make amazing sounding original music in seconds. Figure is designed from the ground up for mobile environments where users want to make some music fast. Even non-musicians will quickly be playing their own beats and songs with drums, bass and lead parts. With an incredibly easy-to-use touch interface, Figure offers a huge amount of control with simple gestures. Figure is deceptively deep, facilitating many ways to tweak sounds and parameters—making it entertaining and inspiring to use for a minute or for hours. With major synth power under its hood, powered by Propellerhead’s Reason, Figure sounds phenomenal too.

Full product info on Figure can be found at:    propellerheads.se/figure
Video intro to Figure:     www.youtube.com/watch?v=gLLjRH6GJec

About Propellerhead Software
Formed in 1994, Propellerhead Software is a privately owned company based in Stockholm, Sweden. Renowned for its musician-centric approach, Propellerhead has created some of the world’s most innovative music software applications, interfaces and technology standards. Musicians, producers and the media have praised Figure, Reason, ReCycle and ReBirth applications for being inspiring, great sounding and of impeccable quality. Technologies such as ReWire and the REX file format are de-facto industry standards, implemented in all major music software. Today, Propellerhead’s products are used all over the world by hundreds of thousands of professionals and enthusiasts for all kinds of music making.