The P24 Trem has two output jacks, allowing guitarists to plug into their favorite electric or acoustic guitar amp or DI into a soundboard. By utilizing the separate blend control, the tone of the P24 Trem’s pickups can also be combined with acoustic sounds through a single output. With a nearly infinite range of tones and the added versatility and reliability or PRS’s proprietary tremolo bridge, the P24 Trem is a perfect „go-to“ guitar for players of all kinds.

P24 Trems are also available through the PRS Artist Package program, which allows guitarists to further customize the instrument with enhanced top, neck, and fretboard woods as well as hardware and colors options. 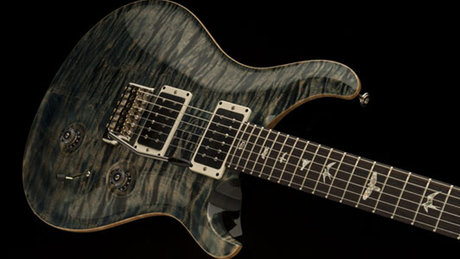 The Custom 24 is the quintessential PRS guitar. This iconic instrument was the first model that Paul Reed Smith brought to the public at PRS Guitars‘ first Winter NAMM show in 1985 and has been a top seller ever since. Always retaining its fundamental character, the Custom has been updated several times over the past twenty-eight years. New for 2014, the Custom 24 will be offered with a Floyd Rose tremolo system in both the Core and SE product lines.

The Core „Floyd“ Custom 24 is equipped with the time-tested Floyd Rose „Original“ tremolo system and PRS’s \m/ (metal) pickups (uncovered). The Floyd Rose „Original“ tremolo and locking nut tuning system, is a double-locking design precision-made from high quality steel, allows players to lock the guitar in tune at the nut and at the bridge which keeps the guitar in tune even during the heaviest dive-bombing sessions. 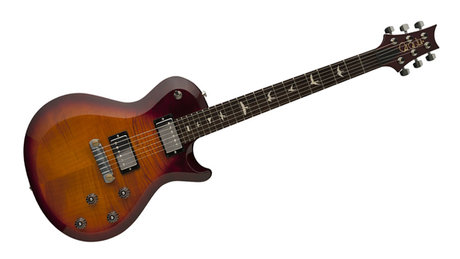 PRS has also announced production on two additional S2 models: the S2 Singlecut and the S2 Custom 22. Both of these new models, officially announced in December 2013, will be on display at the 2014 NAMM show in Anaheim, California.

The S2 Singlecut features the same PRS stoptail that is used on the company’s Core line. The S2 Custom 22 features a PRS tremolo (the same tremolo that has been used on the PRS SE line for more than a decade). Both new S2 models are available in seven color choices: Black, Antique White, Black Cherry, Blue Crab Blue Smokeburst, Dark Cherry Sunburst, Grey Black, and McCarty Tobacco. 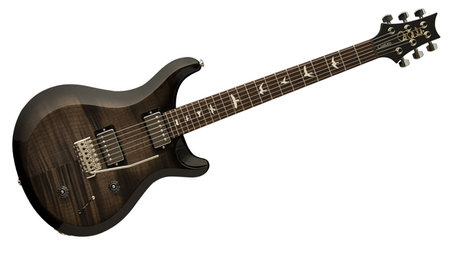 PRS President Jack Higginbotham offers, „The S2 project has been energizing to us as a company, largely because we are bridging the price gap between our SE line and Core electric lines with a guitar that is made here in our Maryland factory. It required us to look at every element of the manufacturing process with a fresh set of eyes and few preconceived notions. The result is a series of guitars that appeals to long time admirers of our brand as well as a new audience of musicians.“

The S2 Single Cut and the S2 Custom 22, officially announced in December 2013, will be on display at the winter NAMM show in Anaheim California from January 23-26 in PRS rooms 210A and 210B. Shipping will begin in the first quarter of 2014. 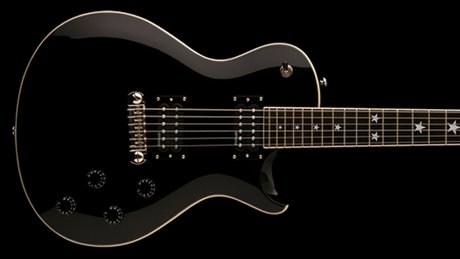 In addition, Paul Reed Smith Guitars is proud to welcome Marty Friedman – one of the most celebrated lead guitarists of thrash metal – to the PRS family of SE signature artists. Known worldwide for his groundbreaking work with Megadeth and Cacophony, Friedman’s career to date includes 27 gold and platinum records and 5 Grammy awards. His new SE signature model, a black singlecut with star inlays personally chosen by Friedman, is also a force to be reckoned with.

„The PRS Marty Friedman signature model was developed over the course of recording ‚Inferno‘ – my most ‚guitar demanding‘ album yet. Its sound is all over that record. PRS has finally created my ultimate go-to guitar,“ said Friedman.

The introduction of the SE Marty Friedman comes months before the set release of Friedman’s studio album „Inferno,“ which features what Friedman told Guitar World is, „the most intense writing and playing I can do.“ Just as he changed the game of metal and guitar with his revered solo debut „Dragon’s Kiss,“ Friedman’s new SE signature model will raise the bar for a new generation of players.