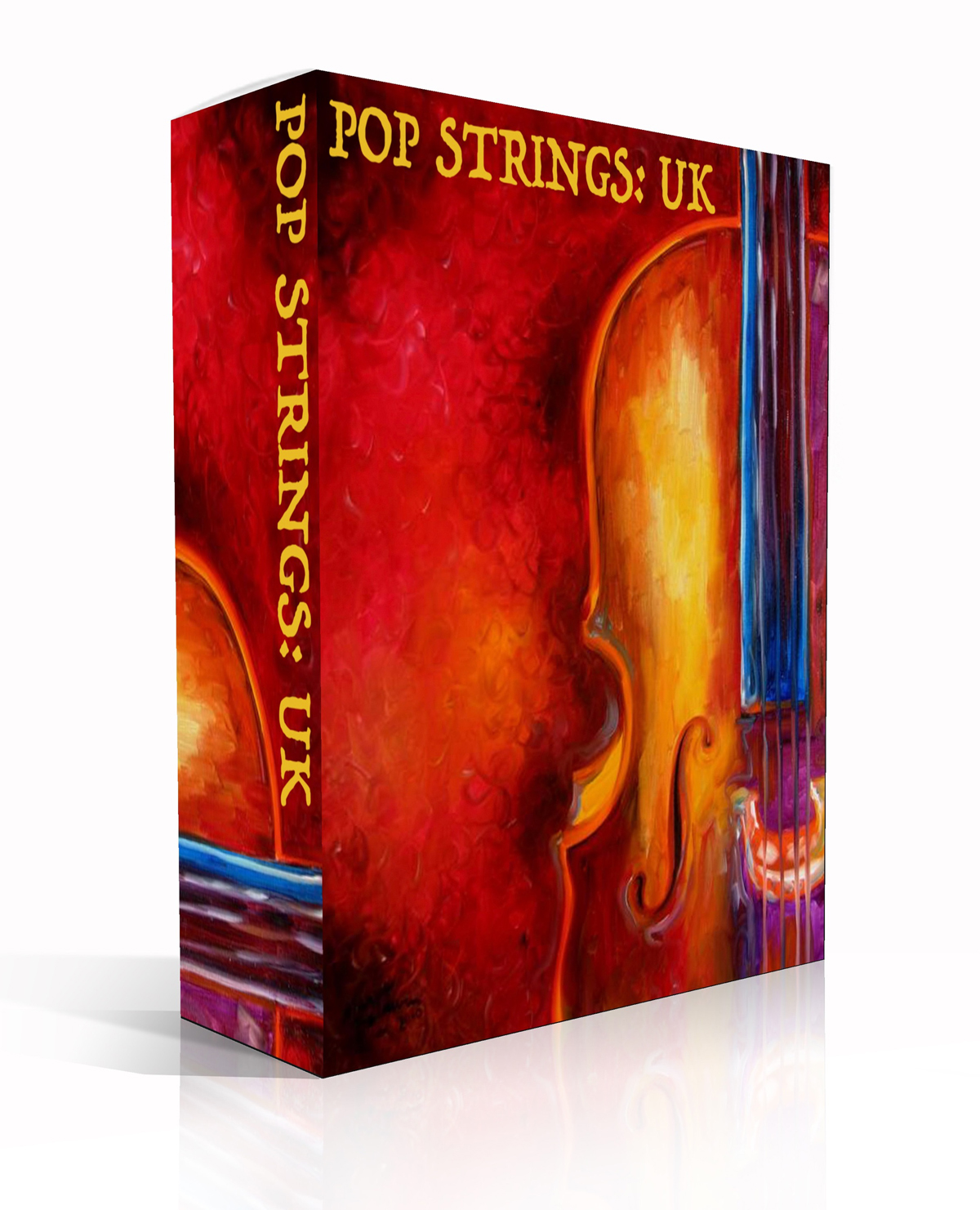 The thinking behind Q Up Arts’ latest entry in its lengthening line of sample loop/packs — PC- and Mac-compatible with any platform that reads WAV files — is perfectly pitched in its to-the-point Pop Strings: UK titling. Two titans of creative contemporary UK pop strings stylings have joined forces thereon to focus on highly-intimate and romantic string arrangements. Think multi-platinum-selling singer-songwriters Adele and Sam Smith, written with compatibility and cross usage in mind. Musically, these gorgeous, lush arrangements are designed to inspire anyone who hears this aptly-named amazing collection, containing an array of detailed recordings arranged into packs where every element plays off the other. On top of those superlative solo and exquisite ensemble string parts, Pop Strings: UK ups the musical ante still further, featuring interesting and bespoke hip-hop beats, bass lines, piano, and keys to provide a plethora of soundscapes at anyone’s fingertips.

Forming the foundation for this contemporary collaboration out of his South West London studio as Pop Strings: UK’s multi-tasking beat maker/cellist/pianist/producer/programmer/writer and man of many musical hats is Harry ‘Runone’ Robinson. His healthy résumé reveals much about an ability to take the helm and his roots lie mainly in hip-hop, where he has been making all kinds of beats, ranging from ’90s boom bap to trap. The last three years, however, have played witness to his heavy involvement in working with multi-GRAMMY Award- and BRIT Award-winning singer-songwriter Sam Smith, writing string arrangements and playing on his multi-million-selling chart-topping album In The Lonely Hour, currently certified 7x Platinum in the UK and 2x Platinum in the US. Runone is part of RnR Strings, a brother and sister powerhouse duo of string composing, arranging, and performing for a wide range of top-tier artists, such as Björk, Rag ’n’ Bone Man, Ed Sheeran, Sam Smith, Pete Tong, and Stevie Wonder. Collectively, they show a compositional versatility for many musical genres, ranging from pop and classical through to bluegrass and hip-hop. As a multi-instrumentalist, Runone is principally part of Sam Smith’s live band as his leading cellist, responsible for writing and performing the strings for the acoustic version of ‘Latch’ on The Lonely Hour album, as well as writing and performing strings for Rag ’n’ Bone Man, with whom he has also shared the stage. Similarly, his live work with A$AP Rocky, Mary J Blige, Nile Rodgers, Ed Sheeran, and Jesse Ware is as impressive as it is varied. Other creative collaborations include Ragga Twins, Seanie T, and vocalist Vula Malinga (who featured on English electronic music duo Basement Jaxx’s 2005 hit ‘Oh My Gosh’).

As the principal violinist of Heritage Orchestra — the 30- to 60-piece orchestra that collaborates with present-day artists from the mainstream and
experimental worlds of music and art, Pop Strings: UK co-collaborator Kate Robinson is a busy and successful musician who regularly performs around the UK and abroad. She has worked with Tori Amos, Anthony and The Johnsons, Aphex Twin, Bat For Lashes, Mary J Blige, Björk, Anna Calvi, Jamie Cullum, Elbow, Paloma Faith, Ben Folds, Goldie, Ellie Goulding, Kylie, Tim Minchin, Ollie Murs, Naughty Boy, Pixie Lott, Emeli Sande, The Cinematic Orchestra, and Jessie Ware. With solo radio broadcasts on Classic FM and Radio 3 to her notable name, Robinson has also performed chamber music in many major concert venues around the UK. Ultimately, a lively interest in a wide variety of music genres has influenced her work. With eight years performing with the alt-bluegrass band The Wagon Tales, with whom she recorded their debut album Introducing…, Robinson now writes and arranges in collaboration with her brother, Harry ‘Runone’ Robinson. Together they have written and recorded strings for various artists, including Sam Smith, who performed to their string arrangement of ‘My Funny Valentine’ at The Golden Globes. Graduate studies took Robinson through the Royal College of Music in London, where she gained a first-class honours degree.
Joining premier sibling string arrangers Harry ‘Runone’ Robinson and Kate Robinson in producing Pop Strings: UK is sound designer and live performer par excellence Simon Tew. Signed to British boutique house label Atjazz Record Company with a solid string of releases over the last five years, he has worked alongside the likes of Kylie Auldist, Aloe Blacc, Osunlade, and Robert Owens. Trew also has released on labels like UK soul and hip-hop imprint Tru Thoughts and German electronic imprint Compost Black. His music can also be heard on TV around the world with regular syncs in the UK from the BBC, Channel 4, and ITV, as well as globally with features on CNN, MTV, National Geographic, and a wide range of other outlets. As musical leader of an inclusive ensemble, he was part of a performance at the BBC Proms at London’s legendary Royal Albert Hall, performing alongside the BBC Philharmonic Orchestra.

With such talented individuals joining forces to push the boundaries of highly-intimate and romantic string arrangements written with compatibility and cross usage in mind, is it any wonder that Pop Strings: UK’s full mixes, loops, stems, and single hits of solo and ensemble instruments sound so amazing?
Anyone aspiring to craft some hits of their own, inspired by those contemporary UK pop strings stylings serving the chart-topping escapades of multi- GRAMMY Award- and BRIT Award-winning singer-songwriter Sam Smith so well, should seriously consider investing in Pop Strings: UK from world-class sound collections developer/licensor Q Up Arts.
Anyone attending The 2019 NAMM Show, January 24-27 in Anaheim, California is invited to stop by Booth 14006 where they can hear the amazing
sounds of Pop Strings: UK live during demonstrations by Q Up Arts.