Martin
LONDON, UK: sound-specialising British music technology company Spitfire Audio is proud to announce availability of CIMBALOM — an appropriately-named addition to its ongoing ORIGINALS series of instant writing tools with the same outstanding recording quality as the ‘full-blown’ flagship libraries with which it has built its reputation, simplified and presented in its free, easy-to-use plug-in, perfectly capturing its 19th century-originating shimmering, spine-tingling tuned percussion instrument namesake (nowadays familiar from being brought into play in innumerable Hollywood film scores, thanks to its mysterious, sinister sound with a distinctive metallic tone that cuts through an orchestra) by being performed by leading London cimbalom player Greg Knowles (known for his work therewith on The Hunger Games in 2012 and 2007’s The Golden Compass), carefully captured to the highest standard in the hallowed (Lyndhurst) Hall at London’s legendary AIR Studios, supremely sampled and served up as a ~1.7GB-sized library with three signals, five presets, and three straightforward NKS (Native Kontrol Standard) compatible controls, creatively combining to create the sound of suspense — as of February 4… 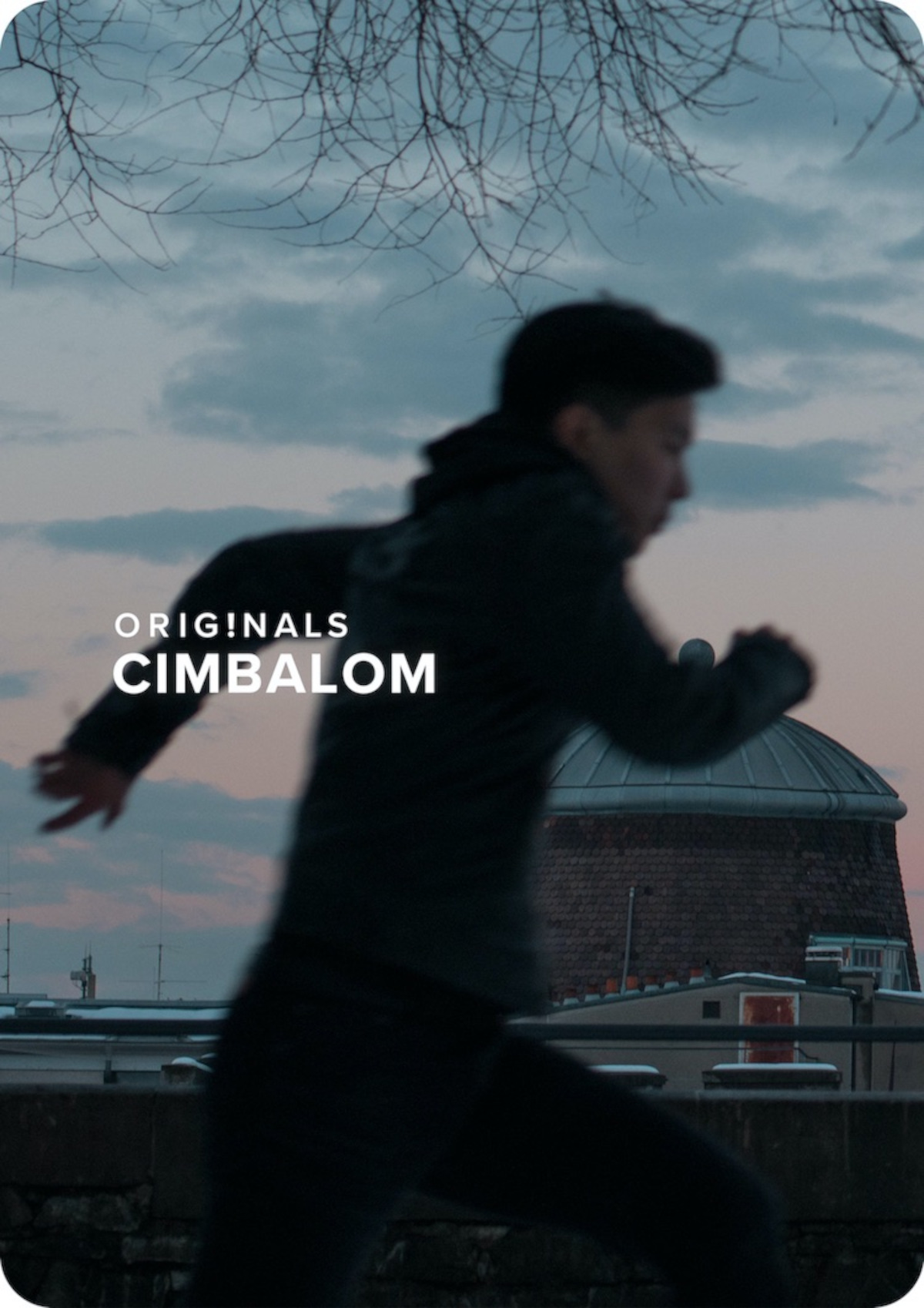 As a distinctive-sounding instrument in its own right, the cimbalom is a large, late-19th century-originating Hungarian concert-hammered dulcimer — itself a type of chordophone comprising a large, trapezoidal box with metal strings stretched across its top, played by striking two beaters against the strings. Saying that, dulcimers are an ancestor of the piano, dating back to Babylonian times as a family of stringed instruments known for their Eastern European sound. Somewhat closer to today, they have become widely used as a Hollywood film scoring staple — spy thrillers in particular proving well suited to the tremolo technique, as evidenced by the likes of English composer John Barry’s thrilling title theme to The Ipcress File (1965). To name but a few more notable big screen appearances for the instrument in question: John Williams’ scintillating score to director Steven Spielberg’s Oscar-winning Raiders of the Lost Ark (1981); American composer, conductor, and orchestrator James Horner’s ‘Stealing the Enterprise’ cue from Star Trek III: The Search for Spock (1984); several scenes featuring Gollum in the Peter Jackson-directed The Lord of the Rings: The Two Towers (2002), courtesy of Canadian composer and conductor Howard Shore; The Golden Compass (2007); The Curious Case of Benjamin Button (2008); Sherlock Holmes (2009), for which Hollywood hotshot Hans Zimmer turned to a banjo, cimbalom, and other unconventional instruments for the musical accompaniment; and French film composer Alexandre Desplat’s score to The Grand Budapest Hotel (2014). In the smaller screen world of television, of course, composer Lalo Shifrin made much use of the cimbalom in several scores he wrote for the original Mission: Impossible American series, from which consequential cues were regularly recycled throughout its 1966 to 1973 run, one of which — ‘The Danube Incident’ — was notably sampled by British trip-hop pioneers Portishead on their track ‘Sour Times’ (from the 1995 Mercury Music Prize-winning Dummy album), which reached number 13 on the UK Singles Chart upon its re-release.
But back in the supremely-sampled world of sound-specialising British music technology company Spitfire Audio, it is little wonder, then, that the cimbalom was deemed as a perfect fit for fronting the latest (namesake) addition to its ongoing ORIGINALS series of instant writing tools as essential cinematic ingredients. As a brief (musical) side note, according to Spitfire Audio co-founder and composer Christian Henson, the ORIGINALS name embodies the concept of original libraries of original sounds that make their users sound original, albeit by bringing back to life some dearly departed company classics in a revitalised form — hence ORIGINALS CIMBALOM presenting the existing content of a previously-released (no-longer-available) Spitfire Audio library (GRAND CIMBALOM) reprogrammed as an intuitive patch accompanied by all individual articulations to allow for complete control.
And who and what better to be able to completely control than perfect performances by leading London cimbalom player Greg Knowles (known for his work therewith on The Hunger Games and The Golden Compass), carefully captured to the highest standard in the hallowed (Lyndhurst) Hall at London’s legendary AIR Studios, supremely sampled and served up as a ~1.7GB-sized library with three signals, five presets, and three straightforward NKS compatible controls — Close, Tree, and Pitched, the latter adding a rich, frozen atmosphere created by stretching and pitching down the ambient mic signal, complementing the vibrant close and tree mics by adding depth and otherworldliness. On top of that, control over the ATTACK and RELEASE times expands on this further, together with REVERB, allowing the realistic-sounding ORIGINALS CIMBALOM to morph into eerie textural elements on the fly. Five presets are at hand, allowing users to dive in and get going with minimum fuss: Performance, Short Damped, Short Sustained, Tremolo, and Warp (using the aforesaid ATTACK and RELEASE times plus Pitched signal to create a reversed-like textural pad).
Presented in Spitfire Audio’s free, easy-to-use plug-in, ORIGINALS CIMBALOM perfectly provides computer-based composers with ready-made variations of that Eastern European folk sound, but can also be used to elevate cues in a number of ways beyond that. The ninth product in the ongoing ORIGINALS series of instant writing tools is the perfect addition to the sound of any symphony orchestra, whether as an extra textural element or, indeed, its instrumental apex. Ask Greg Knowles — after all, he should surely know as a seriously sought-after cimbalom player par excellence! Entering the sound of suspense is as easy as installing ORIGINALS CIMBALOM.
ORIGINALS CIMBALOM is available as an AAX-, AU-, VST2-, and VST3-compatible plug-in supporting Native Instruments’ NKS (Native Kontrol Standard) for Mac (OS X 10.10 or later) and Windows (7, 8, and 10 — latest Service Pack) that loads directly into any compatible DAW (Digital Audio Workstation) for an RRP (Recommended Retail Price) of only £29.00 GBP (inc. VAT)/$29.00 USD/€29.00 EUR (inc. VAT) — from here: https://www.spitfireaudio.com/originals (Note that owners of the now-no-longer-available GRAND CIMBALOM library will automatically receive ORIGINALS CIMBALOM for free.)
Spitfire Audio’s namesake Spitfire Audio application allows anyone to buy now and download anytime, and is available for free from here: http://www.spitfireaudio.com/info/library-manager/
For more in-depth information, please visit Spitfire Audio’s ORIGINALS Frequently Asked Questions webpage here: https://www.spitfireaudio.com/info/faq/spitfire-originals/
Musically marvel at ORIGINALS CIMBALOM’s shimmering, spine-tingling tuned percussive sound while watching a walkthrough with Spitfire Audio here: https://youtu.be/nJ6LldwcyJA