Martin
LONDON, UK: having secured an action-packed, non-scored clip from Season One of American superhero television series Stargirl that premiered on streaming service DC Universe, sound-specialising British music technology company Spitfire Audio is delighted to announce that it has teamed up with DC Entertainment, Mad Ghost Productions, and A-list composer Pinar Toprak — whose credits include Marvel movie Captain Marvel (2019), action-adventure TV series Krypton (2018-2019), and action-fantasy video game Fortnite (2017) — to offer the composing community an amazing opportunity to showcase their skills by reimagining the clip with their own score, working with top-tier visual material (including all dialogue and effects) to win some amazing prizes, as of July 16… 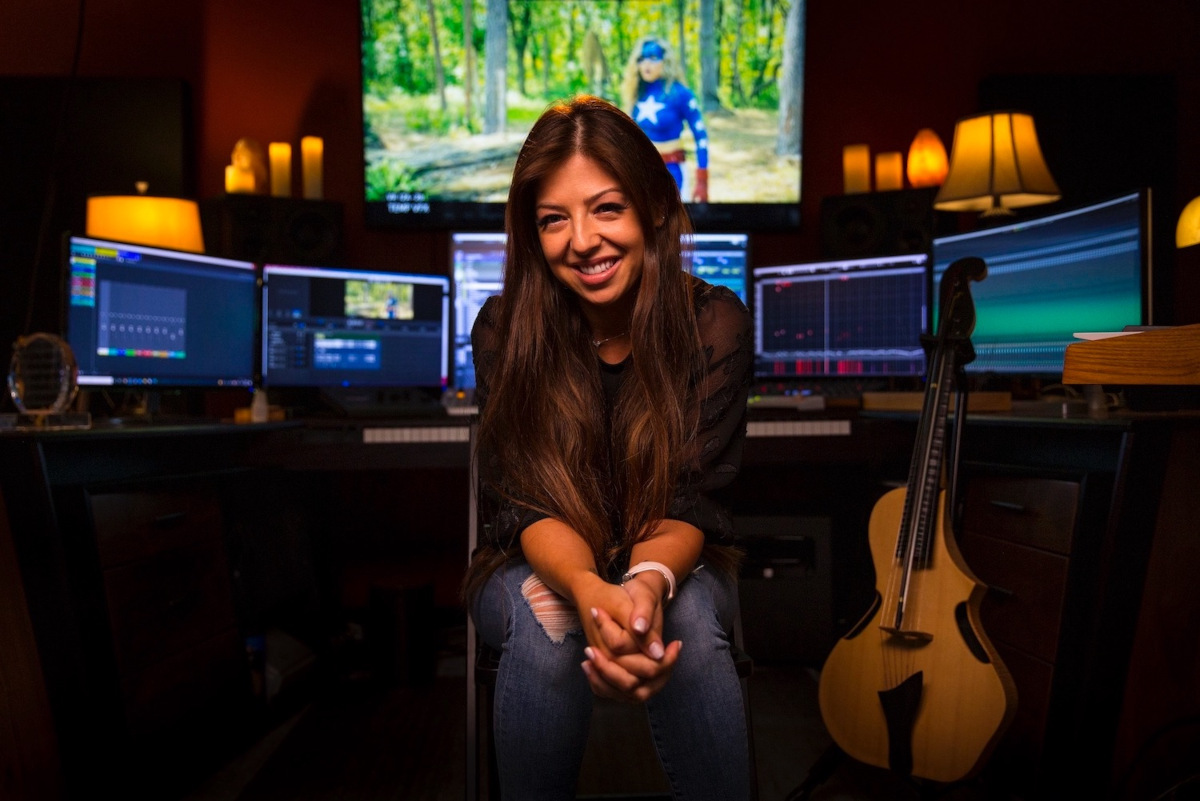 After an incredible 11,000 entries for Spitfire Audio’s Westworld competition last year, this time the composing community can download an exclusive clip from the DC Universe hit TV series Stargirl to work with high-quality visual content while working around dialogue and effects to practice composing to picture or even try it for the first time, thereafter submitting their entry before the competition deadline of 23.59 BST (British Summer Time) on August 12, 2021 to be in with a chance of winning some amazing prizes. Stargirl series composer Pinar Toprak will pick the winner and four runners-up who will be announced on September 23, 2021.
The stakes are high with the competition winner walking away with EVERYTHING (https://www.spitfireaudio.com/everything/) — bundling every Spitfire Audio library on two plug-and-play external SSDs (Solid State Drives) beautifully presented in a hand-crafted display box, signed by Spitfire Audio co-founders and composers Christian Henson and Paul Thomson, worth well over £20,000.00 GBP if purchased separately, and representing over 4 TB of inspiring, world-class sounds and creative tools used by the world’s best composers on everything from blockbuster film scores through to avant-garde records and cutting-edge production; a virtual mentoring session with Pinar Toprak herself; and a manuscript of the Stargirl theme, signed by Pinar Toprak. The four-runners up will each receive ALBIONS (https://www.spitfireaudio.com/shop/a-z/albions/) — bundling all six volumes of Spitfire Audio’s bestselling series of modern cinematic scoring tools, taking users from the edge of silence to an epic, blockbuster sound in one collection, worth well over £2,000.00 GBP if purchased separately, and representing over 300 GB of inspiring synths, loops, pads, and textures centred around a beautiful orchestra of varying sizes, performing a huge range of classic and progressive techniques captured in the world-famous acoustics of the legendary Lyndhurst Hall at AIR Studios, London, as well as Scotland’s celebrated Castlesound Studios in Edinburgh; and a manuscript of the Stargirl theme, signed by Pinar Toprak.
The Stargirl series composer will, without doubt, have her work cut out picking that competition winner and those four runners-up, though she surely knows what it takes to successfully score to picture as one of the most refreshing voices in music composition today with a diverse body of work spanning across film, television, and video games, having composed for major superhero sagas like Marvel Studios’ Captain Marvel, DC’s Stargirl, and SY-FY’s Superman prequel series Krypton. Credits continue with the likes of HBO’s six-part docuseries McMillions, as well as Epic Game’s Fortnite. Further back in time, Pinar Toprak began her classical music education at the tender age of five, having been born and raised in Istanbul, Turkey. Conservatory composition and multiple instrument studies served her well as she moved to Chicago, IL, USA to study jazz before continuing on to Boston, MA, USA for a degree in film scoring from Berklee College of Music. Music-making while scoring to picture clearly works well for Pinar Toprak, as audibly evidenced by Stargirl.
Stargirl itself follows high school sophomore Courtney Whitmore — series star Brec Bassinger — as she inspires an unlikely group of young heroes to take up the legacy of a long-lost superhero team — The Justice Society of America — and stop the villains of the past. It is available to view on The CW broadcast network in the USA and Amazon Prime in the UK, with Season Two premiering on August 10, 2021.
So set the Stargirl scoring competition controls to stun… Pinar Toprak! Some stunning-sounding Spitfire Audio prizes are waiting to be won.
Everything needed to enter the Stargirl scoring competition can be found on Spitfire Audio’s dedicated webpage here: https://www.spitfireaudio.com/stargirl