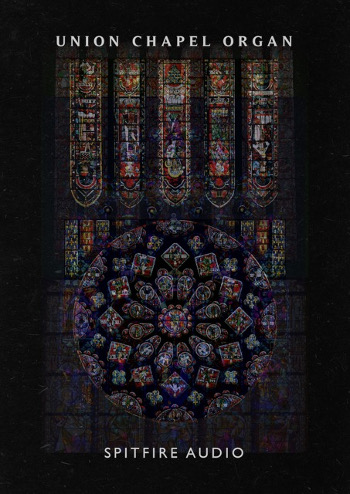 The pipe organ at Union Chapel in North London is truly one of a kind, built by master organ-builder Henry ‘Father’ Willis — famed for the prestigious pipe organs on show and still in use at the Royal Albert Hall and St Paul’s Cathedral, the former formerly being the largest in the world — back in 1877 specifically to suit the size and acoustics of the then-new building. But make no mistake; it is undoubtedly one of the finest examples of 19th Century craftsmanship anywhere in the world, wondrous in its angelic soft delicacies to roaring thunder. “The humble organist can have an orchestra of a thousand voices.” So said celebrated French organist and organ teacher Marie-Claire Alain, the most-recorded organist in the world, no less. Little wonder, then, that when it came to selecting a fit for purpose pipe organ upon which to bestow the superlative Spitfire Audio sampling treatment the company finally settled upon the one at Union Chapel.  Clearly it was not a decision to be taken lightly, however, for Spitfire Audio co-founder (and composer) Paul Thomson effectively grew up sat on an organ stool. From playing in churches before he could reach the pedalboard to practicing at night locked away alone in Worcester Cathedral as a teenager, he has always had a soft spot for the instrument. Indeed, the pet project that became UNION CHAPEL ORGAN began back in 2013, coinciding with completion of the namesake organ’s one-year restoration by Harrison & Harrison, the distinguished Durham-based makers and restorers of pipe organs, following a generous grant from the Heritage Lottery Fund. Fortunately for ‘Thomson & Co’, the remarkably restored instrument in question — one of just two organs left in the United Kingdom, and the only one in England, with a fully-working original hydraulic (water-powered) blowing system, which can be used as an alternative to the electric blowers — brings to mind the evocatively-titled, late-Eighties-vintage Delicate Sound Of Thunder live album by Brit prog-rockers Pink Floyd. Why? Well, the Union Chapel pipe organ is capable of extraordinarily soft and delicate to full-on powerful and thunderous tones, thanks to its Swell, Great, and Choir manuals — organ-speak for keyboards — and pedalboard combinations. Combine those with the Union Chapel venue’s alluring acoustic — attracting artists as diverse as Tori Amos, Bjork, Elton John, Coldplay’s Chris Martin, and Nitin Sawhney, to name but a notable few — and you have the musical makings of a truly remarkable virtual sample-based instrument well worthy of the Union Chapel nomenclature.  Needless to say, the pipe organ at Union Chapel has bags of character, yet never sounds slightly synthetic nor exhibits the brittle-sounding qualities of some later instruments. Indeed, Paul Thomson and his dedicated Spitfire Audio teammates spent many nights in its collaborative company, capturing each and every sound combination, ready for transformation into a sample-based virtual instrument like no other! The resulting UNION CHAPEL ORGAN is presented for all to see and hear with multiple mic perspectives (Close, Stereo, Ambient, and Outriggers). Included so-called speaking and sound-altering stops for the SWELL setting include ContraGamba 16, Open Diapason 8, Salcional 8, and Vox Angelica 8, Flote 4, and Mixture; GREAT duly delivers Open Diapason 8, Stopped Diapason 8, Flautodolce 8, Trumpet 8, Principal 4, Clarion 4, Mixture 3, Principal 2, and Fifteenth 2; CHOIR offers Claribel Flute 8, Dulciana 8, Concert Flute 4, Clarion 4, and Piccolo 2; and PEDALS produces Bourdon 16 and Open Diapason 16 — some 11.9 GB of uncompressed .WAV files, featuring 3,099 of the finest musical samples money can buy!  By way of an additional bonus for possible purchasers of UNION CHAPEL ORGAN, Spitfire Audio’s crack team of sound designers have helpfully created 10 presets using the company’s award-winning eDNA (Electronic DNA) engine — extraordinary analogue and digital signal-warping chains cleverly scripted to enable two sets of sounds to be used in conjunction to quickly, dramatically, and awesomely create a new audio experience for the next generation of music-makers with out-of-the-box inspiration, stimulation, and satisfaction guaranteed, this time based on raw sampled material from the Union Chapel pipe organ, and most recently featured in director Paul Feig’s 2016 reboot of Ghostbusters. (There is also a devkit — software development kit — with which users can create their own unique atmospheres, basses, rhythmic pulsing patches, and synth-like sounds, the likes of which would have been musically impossible on the original organ… one of a kind as clearly it is!)  Speaking of big screen outings, the pipe organ has made an audible appearance as a featured instrument in many notable feature films over the years, a sampling of which includes, most recently, Interstellar; 2001: A Space Odyssey; Interview With A Vampire; Koyaanisqatsi; Patton; Rollerball; and The Godfather; plus many of Danny Elfman’s scores, including both of his Batman offerings. Time to consider adding a ‘delicate sound of thunder’ to your own offerings, big screen or otherwise, courtesy of UNION CHAPEL ORGAN, perhaps? Paul Thomson’s clearly sold on the innovative idea, that’s for sure. Summarises Spitfire Audio’s composing co-founder and ‘organist in residence’: “There’s tons of great stuff here, and we’ve really enjoyed putting this together. It’s a really beautiful organ. I’ve been lucky to play quite a few organs in the UK, and this is an absolute standout — a really incredible instrument. I think the real beauty of the organ and the variety of sounds that you can get from it comes from these classical instruments. There is just something about this period of organ-building history which is very, very special indeed.”

UNION CHAPEL ORGAN can be purchased and digitally downloaded from Spitfire Audio for £149.00 GBP/ $229.00 USD/€209.00 EUR from here: http://www.spitfireaudio.com/shop/a-z/union-chapel-organ/