January 21, 2015 (Anaheim, CA) –  Building on the breakout momentum generated by their triumphant return to the guitar gear scene, Supro USA is now set to launch another trio of vintage-inspired amp models with reverb and tremolo at the 2015 Winter NAMM show. 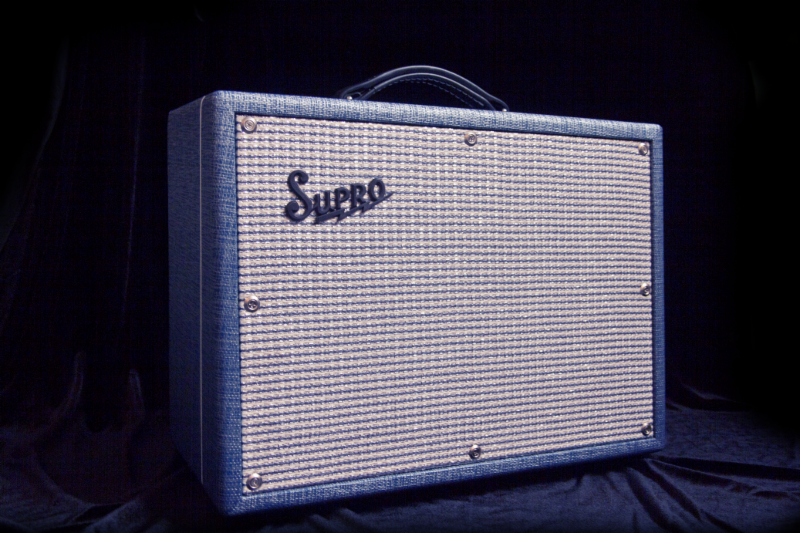 1650RT Royal Reverb: This 2×10″ vintage reissue with Reverb and Tremolo is the heavy hitter of the bunch with headroom to spare and a huge, punchy tone. The Royal Reverb’s stout 6L6 output stage can be configured for Class A or Class AB power at 35, 45 or 60 watts with selectable 5U4 tube or solid state rectifier modes. Street price on the Royal Reverb is $1499 USD.

1648RT Saturn Reverb: This 1×12″ future-retro combo with Reverb and Tremolo is both lightweight and easily coaxed into raucous tube overdrive. The Saturn Reverb shares the same 6973 based, Class-A power plant as the top selling Supro Dual-Tone amplifier, but a slightly lower power rating of 15-watts due to its use of a vintage-correct 5U4 tube rectifier. Street price on the Saturn Reverb is $1399 USD.

1622RT Tremo-Verb: This 1×10″ combo with Reverb and Tremolo is the ultimate compact vintage tone machine. Small and lightweight enough to carry around town, the Tremo-verb reissue uses 6973 power tubes to push 25-watts of pure vintage American Class-A tone. Despite its small size and single 10″ speaker, this modern incarnation of the Tremo-verb is easily loud enough to keep up with a drummer and be clearly heard in a club setting. Street price on the Tremo-verb is $1299 USD.