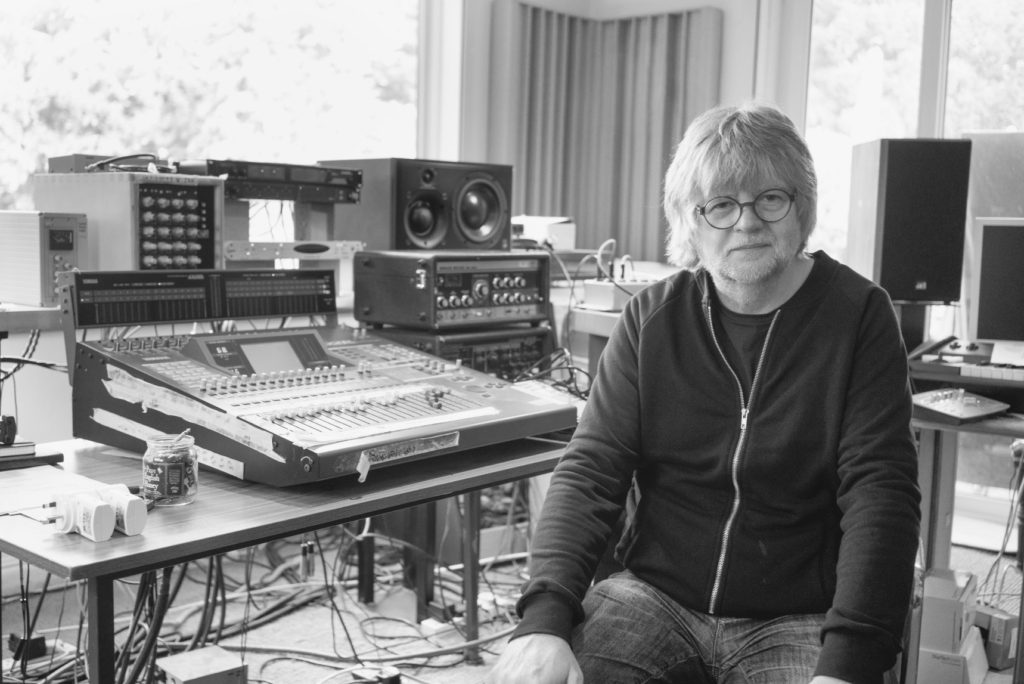 It was around this time that Will Gregory began a lifelong love affair with those trusty two-way passives, playing their part in putting him on the road to Goldfrapp glory. “I managed to source a second-hand pair of SCM20s, because I didn’t have a lot of money at the time,” he begins. “But I’ve always used them as my main reference monitors, and I’ve taken them to all the mixing sessions we’ve done with Goldfrapp. I know where I am with them, so they’ve stood me in good stead, because they have this quality of not bringing anything to the party.”  Problems have, however, occurred — albeit as far as Will Gregory’s well-honed listening skills are concerned — when stepping outside his ATC comfort zone: “I’ve had to mix on other speakers when working elsewhere, but then when I play those mixes back on the SCM20s I end up making more changes — put it that way. Whatever else I play them on after I’ve made those changes, I don’t want to make any more changes, so — in that sense — you can trust them to be accurate.”  All of which rather begs the question: why the need to move on up to ATC’s acclaimed SCM25A Pro three-way actives? An answer lies somewhat closer to home. Home is where the heart is, after all, and home for Will Gregory is a spacious Sixties bungalow also housing his primary studio setup (as well as a synth-based room and another room dedicated to analogue drum sounds and tape manipulation). Here he hunkered down for the best part of two years to work on the new Goldfrapp album, announced on Twitter by Alison Goldfrapp herself back in July 2015. While Will Gregory has not entirely forsaken his passive pair of beloved SCM20s, the larger SCM25A Pro three-way active studio monitors met with his approval in more ways than one: “What’s good about the SCM25A Pros is that they’re more muscular; they’ve got more bass end, and you can control that because they’ve got ports on the side, so you can decide how much or little you want, which is great. I love the totally practical, physical way that you can just remove or insert the bungs to change the bass, but, either way, they fill the room much better than the SCM20s.”  Tricky as it may sound, residential room size played a part in influencing Will Gregory’s studious SCM25A Pro purchasing decision. “I’m in quite a big room now,” notes its owner, adding: “I’m here a lot of the time, so it functions like a home. I think they used to have more room in the Sixties, so it’s got this large sitting room with a lovely picture window, which means you can see some nature while working. So I love it from that point of view, having spent so many years underground, which is where musicians seem to put themselves a lot the time in studios for some strange reason. But because we’re detached here, we’re not going to disturb our neighbours unduly, so it’s ideal. But when I’m working with other people in there we clearly can’t all fit in the sweet spot between the speakers, yet they manage to throw the sweet spot quite a long way into the room, so everyone can share it. They’re also fantastic for just ramping up the vibe a little bit, but they have all that accuracy, so when you do sit yourself down in the sweet spot they’re absolutely invaluable.”  Invaluable for referencing that all-important bass end on Goldfrapp’s eagerly-awaited seventh studio album, about which the dynamic duo themselves collectively commented: “Silver Eye belongs more to the electronic world of Supernature and Black Cherry. We’ve worked with some fantastic people on this album and we’re really excited to share it with you.”

The British-built SCM25A Pro active three-way studio monitors carry a UK RRP of £5,963.00 GBP (plus VAT) per pair.  For availability and pricing internationally, please visit the ATC website to find a distributor for your region here: http://www.atcloudspeakers.co.uk/where-to-buy/