Music software and hardware company Arturia is proud to announce availability of MicroBrute SE — a ‘special edition’ of its widely-acclaimed MicroBrute Analog Synthesizer, available in a choice of three tempting colours to suit whatever playful mood might make anyone’s musical day, be it Christmas or otherwise — as of October 15…  Arturia’s award-winning MiniBrute Analog Synthesizer rapidly reset the price/performance ratio benchmark when soaring through the subtractive synthesis sound barrier upon being launched in 2012 to much critical acclaim and subsequent success. Afterwards, Arturia built upon that success last year when introducing a ‘special edition’ of its namesake sibling, the MiniBrute SE, sharing the same physical footprint, but building upon this amazingly compact and bijou analogue monosynth in both looks and features. That same year, Arturia adventurously took the ‘shrinking synth’ concept one step further with its equally big-sounding little-brother, the MicroBrute Analog Synthesizer, an even smaller semi-modular monosynth with inbuilt step sequencer, boasting MIDI, USB, and CV connectivity with a whole host of unique features — guaranteed to bring big smiles to go with those massive sounds! Similarly, today the MicroBrute has been given the ‘special edition’ treatment to become the MicroBrute SE — same physical footprint and full feature set! So what’s with those colours? Blue, orange, or white, they all sound the same… that is to say, sounds massive. But who’s to say you can’t make a bold style statement with a massive-sounding synthesizer, however small it may be? Thanks to the colourful MicroBrute SE, now you can!  But beneath those colourful, compact and bijou bonnets resides a living and breathing, fully-fledged analogue synthesizer that belies its diminutive dimensions and is actually anything but basic. For starters, just like its MiniBrute SE bigger brother, the OSCILLATOR that beats at its musical heart features SAW, TRIANGLE, and SQUARE waveforms that are all mixable to help shape the resulting sound without the limitations imposed by comparable contemporary and vintage synths alike. Additionally, the new Overtone oscillator generates additional harmonic content, ranging from one octave down to a fifth above the base OSCILLATOR pitch, while the Sub > Fifth control can continuously sweep spectrum. Moreover, Metalizer adds complex harmonics to the TRIANGLE waveform for creating harsh, harmonically-rich sounds, while Ultrasaw adds a lively and bright ensemble effect to the SAWTOOTH waveform — perfect for crafting sounds suited to dance anthems. And let’s not forget the all-important Pulse Width control for creating nasal-thin tones or rich square sounds. Simply speaking, never before has such a small, single-oscillator synth sounded so big… or looked so good!  Of course, filtering helps shape any analogue synth’s sound — be it big or small, and here the MicroBrute SE definitely does not disappoint. Indeed, its distinctive-sounding Steiner-Parker FILTER plays a big part in helping give the MicroBrute SE a unique sound — again, just like its big brother. This filter design dates back to the Steiner-Parker Synthacon, an analogue monosynth built by the namesake Salt Lake City-based synth manufacturer between 1975 and 1979. Its HP (high-pass), BP (bandpass), and LP (lowpass) modes make for far more filtering flexibility than that found in synths many times the price! And that’s before factoring Arturia’s acclaimed Brute Factor™ into the musical equation, adding anything from subtle overdrive to full-blown intermodulation havoc — choose your settings, and let the fun begin!  Speaking of having fun, the eight-Pattern step SEQUENCER is an almost endless source of inspiration and rhythmic creativity — step input notes and rests to create storable sequences that can be played back and switched between on the fly at a variable Rate or synchronised to external MIDI clock. Meanwhile, MIDI, USB, and CV GATE connectivity, of course, combine to ensure that the MicroBrute SE is ready and willing to talk to the outside electronic musical instrument world, wherever it may find itself. It’s even blessed with an external audio Input with an adjustable Input Level control, so why not use it to process whatever you feel like sticking into its 1/4-inch socket — within reason, of course!  The front panel-mounted MOD MATRIX moreover allows adventurous users to control many aspects of the MicroBrute SE’s massive-sounding single voice for different internal sources, as well as controlling them via external synths and modules. MicroBrute SE comes complete with two stackable jack cables for that very purpose. Preset sheets also come as standard, so no need to worry about forgetting those adventurous sound settings!  With a space-saving 25-note mini-keyboard and weighing in at only 1.75kg, the MicroBrute SE is as compact as it is colourful, yet positively punches well above its weight with a rip-roaring analogue sound spanning woofer-flapping bass, screaming leads, ear-opening effects, wave-folded growls, punchy drum sounds galore, and much in-between and beyond. Pick one — or even all three — up from an authorised Arturia dealer or retailer today! To make this perfectly portable package even more portable, Arturia has helpfully included a stylish carry bag guaranteed to turn heads wherever the stylish synth goes. Go ahead. Make a bold style statement while making a massive sound!

A ‘limited’ run of 4,000 MicroBrute SE units are available for purchase in a choice of three tempting colours through Arturia’s global network of dealers and retailers for €329.00 EUR/$329.00 USD. 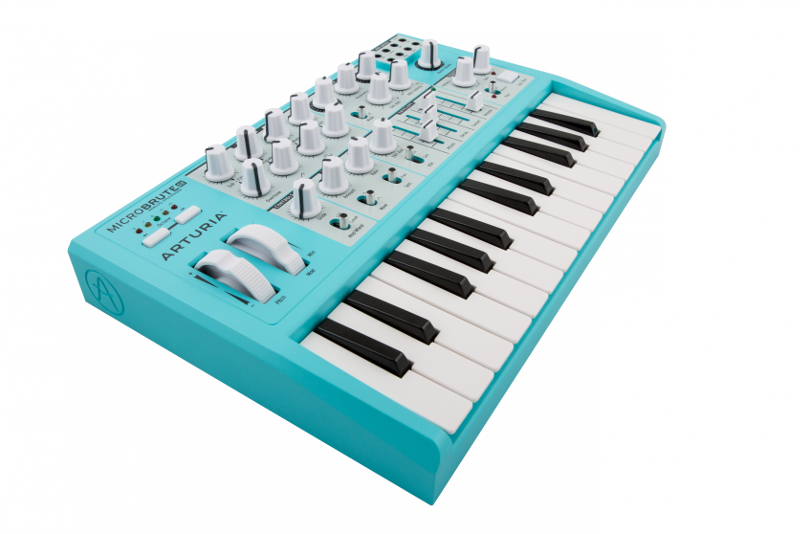 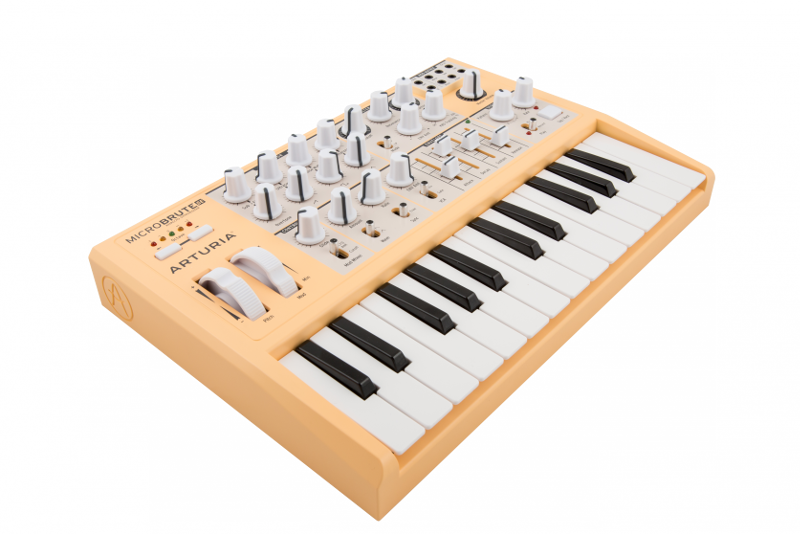 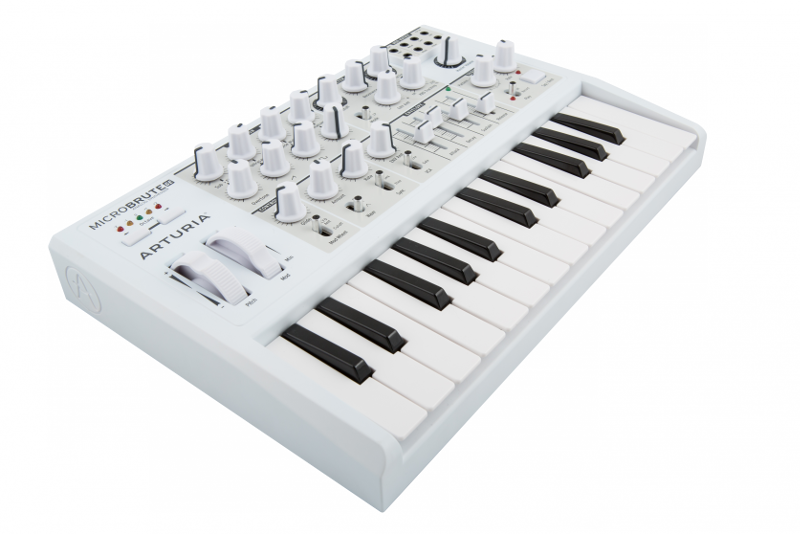