LEVERKUSEN, GERMANY: Brainworx is proud to kick-start celebrating its 10th anniversary at the forefront of industryleading pro audio plugins development by announcing an appropriately-titled 10 Years/10 Deals promotional campaign sale starting on August 11, which will be the first of a number of ‘10-themed’ events that the cuttingedge company has planned, so stay tuned… 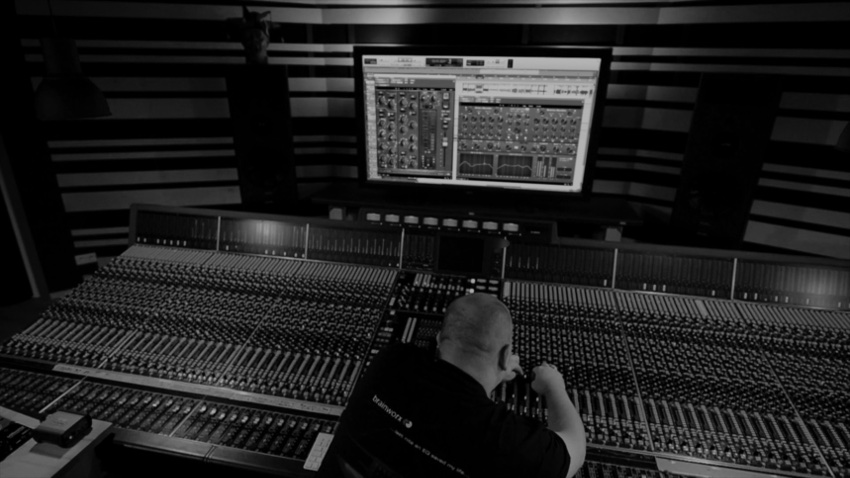 Brainworx plugins are the result of an analog and digital DNA 10 years is a long time in the fast-paced pro audio plugins development world and Brainworx has clearly come a long way during that time, finding favour with many notable recording engineers, producers, and artists around the globe. Getting there, though, was a stroke of genius. Who better to put that trailblazing 10-year journey to glory into its present-day (plugin) perspective than Brainworx CEO Dirk Ulrich. “10 years ago I was producing music for a living, and I was at a big studio in Cologne to have some of my mixes mastered,” he recalls. “The guys there were using a custom-built M/S matrix with some decent, regular EQs, and I was blown away with what they could do with it. This is when I decided I wanted to build a hardware analog EQ with an M/S matrix built in, so I started working on this with a friend of mine. To prototype we worked with a software development kit from a German company, Creamware. Once we had a functioning prototype of an M/S EQ inside the box, we showed it to the Creamware guys and they said, ‘Wow! You should absolutely make a plugin out of this.’ Funnily enough, the hardware never went into production because we had a plugin ready, took it to some trade shows, and it completely took off, so we’ve focused on developing software ever since. We began to create more plugins based on M/S technology, and people seemed to really dig what we did with each new release.”
The rest, as they say, is history… with the Brainworx-branded M/S standard EQ, bx_digital V3, really representing where the company is at today. “This is the third generation of bx_digital, the EQ plugin that basically started Brainworx as a plugin company,” continues company owner Dirk Ulrich, before adding: “Seeing the V3 come to life… daddy couldn’t be prouder!”
Black magic meets passion and power Perhaps he could. Cue bx_console E, the latest trailblazing flagship plugin from Brainworx that truly represents its past, present, and future. bx_console E pairs a 72-channel emulation of the high-end, hit-making British E Series console — complete with comprehensive COMPRESS (compressor/limiter), fullfeatured EXPAND (expander/gate), powerful four-band parametric EQ, and wide-ranging (high pass and low pass) FILTERS. Brainworx’s brainchild is much more than a channel strip plugin with multiway routing, representing 10 years of refinement in its development of EQ and dynamics processors with cutting-edge circuit modeling of the analog domain to reset the bar for creating an authentic large-format mixing console experience in-the-box.
Brainworx’s patent-pending TMT (Tolerance Modeling Technology) simulates the channel-to-channel variances of the E Series’ electronic components on each and every instance of the plugin. After a decade of technological advancement and refinement, establishing itself as one of the world’s premier plugin developers, and trailblazing technologies like TNT, bx_console E clearly demonstrates that both Brainworx and its far-flung customer base have a bright future ahead of them.
The technical achievements of the last 10 years alone are noteworthy enough, but Brainworx’s success is also deep-rooted in Dirk Ulrich’s extensive experience as a producer and audio engineer, work which continues to this day. His desire to build better tools for his chosen profession has driven the company’s capacity to create tools that just work for professionals. Professional through and through, his enduring enthusiasm comes through loud and clear when talking about bx_console E and TMT: “It’s hard to describe the excitement of sitting at a real analog, large-format E Series console, comparing it to our bx_console E plugin emulating the exact same console, and not being able to tell the difference. Other emulations miss the most crucial part of what makes those big boards so desirable, which is the depth and width of the sound; you can only get that from many slightly different channels together, working their magic on the music.”
10 Years/10 Deals celebratory sale Music is assuredly at the heart of everything ‘Made by Brainworx’… but Dirk Ulrich’s company has clearly come a long way during its 10-year tenure.
What better way to kick-start celebrating its 10th anniversary at the forefront of industry-leading pro audio plugins development, then, than by offering 10 hand-picked Brainworx plugins — ranging from that third generation of the plugin that started it all to its innovative entry into the wonderful world of reverb, bx_rooMS, and also including a must-have ‘mystery’ plugin at a must-have-drunk-too-much-at-the-anniversary-party price of only $19 USD — as part of that appropriately-themed 10 Years/10 Deals sale, starting on August 11.