Home PR in english NAMM 2017 – Kemper up the ante of what you can expect from delay FX with Profiler OS Version 5.1 (public beta release) – featuring a brand new set of unparalleled feature rich Pitch Delays

NAMM 2017 – Kemper up the ante of what you can expect from delay FX with Profiler OS Version 5.1 (public beta release) – featuring a brand new set of unparalleled feature rich Pitch Delays

Kemper GmbH/ Ruhr Area/ Germany – January 19th, 2017 (ictw) – Kemper today unveiled another range of breathtaking new delay effects for the Kemper Profiler. In Profiler OS Version 5.1 guitar players will find a wide range of Pitch Shifter Delay Effects. Scheduled for release in Q1/ 2017 Profiler owners already have the chance to preview the new delays immediately with the public beta version of OS 5.1. Though it is not recommended to use this version for touring and other critical applications yet, it is great fun to be able to check out the astonishing new delay concepts prior to the final release already. 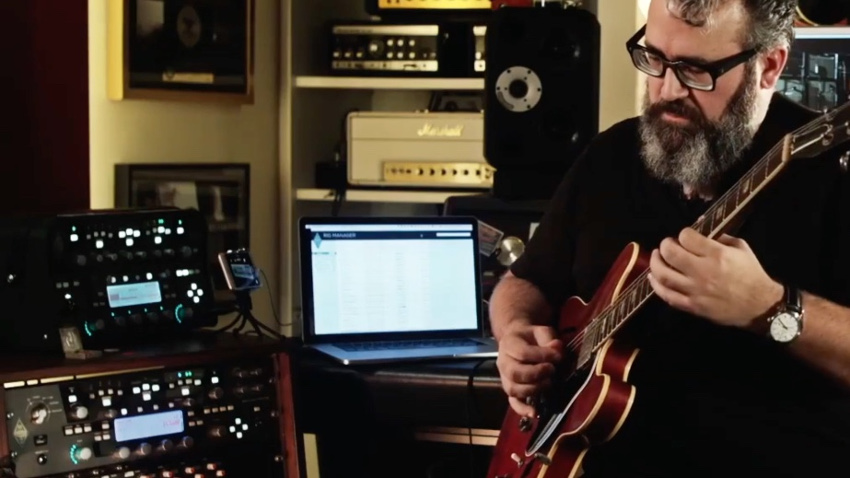 Upping the ante! The Kemper Profiler Pitch Delays: All-in plus 4!

Without a doubt, the new Profiler Delay effect types are some of the most advanced and comprehensive delay effects collections for guitar players out there. We remember: The Kemper approach to delay effects is quite different from what musicians are accustomed with: There is no dedicated Reverse Delay, Tape Delay or Ducking Delay. Kemper decided that it simply makes no sense splitting crucial tone design features into separate delay types. Instead, Kemper have equipped every single delay type with a range of tone shaping parameters and routing. Why not have a Dual Reverse Delay? Or a Serial Delay with analog tape character? Or a Melody Delay with ducking?

Adding up to four pitched voices for creating sonic landscapes:

Kemper now add pitch effects to the delays with up to four voices. This allows guitar players to create before unheard harmonic pads, lush crystals and shimmer delays up to sequencer-like pattern runs, alien choirs, washes, and so much more. Only the players’ creativity is the limit. It is possible to create chord arpeggios from just a single note, all in perfect time to BPM or constantly following the player with the help of the unique Kemper beat scanner.

Here the new pitch shifter delay types at a glance:

Crystal Type – one of a kind, indeed:

The Kemper Profiler Crystal Delay is without a doubt the most feature rich and musical delay on the market. The Crystal is a reverse delay in which the pitched notes are altered by playing back the delayed signal faster or slower. The Crystal is placed in the feedback loop of the delay, causing a pitch helix with every repetition. Setting the pitch to either one octave (+12) or a fifth (+7) will lead to the most interesting results. In combination with other delay features such as Smear, Swell and Flutter, you can build very ethereal delay or reverb effects.

The chromatic pitch shifter is positioned at the delay input and can be played polyphonically (chords). The pitch is set in semitones.

The harmonic pitch shifter is positioned at the delay input and is intended to be fed with single notes only. The pitch is set in musical intervals and will follow the selected key.

Both chromatic and harmonic types feature the Formant Shift option, for very natural pitched sounds. However, when Formant Shift is in use, only playing single notes provides pleasant results.

This pitch shifter works chromatic as well, but is positioned in the feedback loop of the delay, resulting in a pitch helix or spiral with every repetition.

Version 5.1 of the Kemper Profiler OS is available as a public beta version immediately and for free from the Kemper Website: Link