LINKÖPING, SWEDEN: high-end plug-in specialist Softube is proud to announce availability of Modular as of June 15…
Modular — Eurorack For Everyone Introducing Modular: the first truly expandable software modular system that looks, works, and sounds exactly like its hardware counterparts. A Modular Synth For The Future Softube’s award-winning modeling experts have combined their talents with the legendary Eurorack inventors at Doepfer and the top minds at powerhouses like Intellijel. 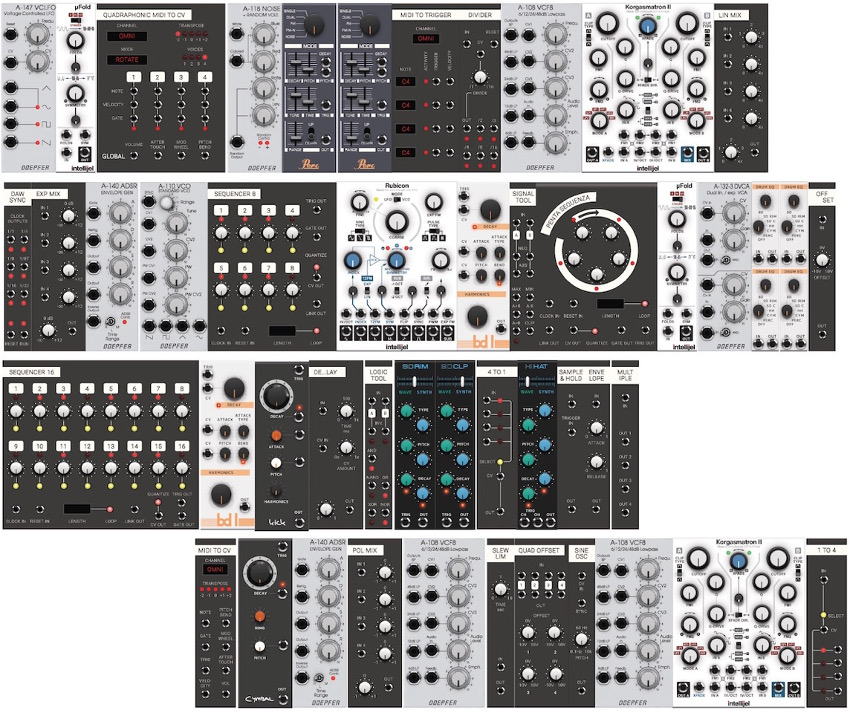 With intricate measuring and circuit modeling, they’ve developed authentic emulations of original hardware that are as close to hardware as you can get.  Infinitely Expandable Once you start customizing, you won’t want to stop — indulge your cool creativity, picking and choosing modules as you go, with new emulations from top hardware brands being released on a regular basis.  Expansive For Experts, Easy For Beginners Both as an effect and as an instrument, Modular is simple to use, with a massive preset library and clever Utility modules. User-definable Performance modules collect the most important settings presented in a single patch. For the synth pro, Modular is completely compatible with existing hardware, infinitely expanding your creative possibilities.  In short:  Modular is a cross-platform modular synthesizer plug-in standard that features authorized emulations of modules from well-known hardware Eurorack brands.  True dynamic circuit emulation — looks, functions, and sounds like its hardware counterparts.  Basic system contains six authorized Doepfer modules (A-110-1 VCO, A-108 VCF, A-132-3 Dual VCA, A-140 ADSR, A-118 Noise/Random, A-147 VCLFO).

Additional authorized emulations from Intellijel are available as add-ons (uFold II, Korgasmatron II, Rubicon). Many more modules from other quality hardware Eurorack vendors to be released.

Simple design of your own interaction layout with the Performance modules in classic synthesizer style.  Softube Heartbeat drum channels and EQ can be used as separate modules for owners of Heartbeat.  More than 200 quality presets included, covering a huge range of styles and sounds.

Can be used both as an effect and as an instrument for your DAW and integrates beautifully with your hardware Eurorack modular. High internal sample rate within system enables true feedback.

Find out more at: http://www.softube.com/index.php?id=modular