Martin
LONDON, UK: Spitfire Audio is proud to announce availability of SYMPHONIC ORGAN — achieving the hitherto unachievable sound of the organ in imaginations to access those powerful cinematic sonics popularised by blockbuster film scores such as 2001: A Space Odyssey, Interstellar, and Tron, courtesy of an immensely powerful, cathedral-sized organ built into Rugby School Chapel, creating an epic but immediate sound like no other, professionally captured and creatively presented as a definitive library like no other, comprising carefully curated, ready-to-play presets perfect for fitting well with the sound-specialising British music technology company’s other SYMPHONIC range releases already available for Native Instruments’ KONTAKT sample playback engine — as of August 22… 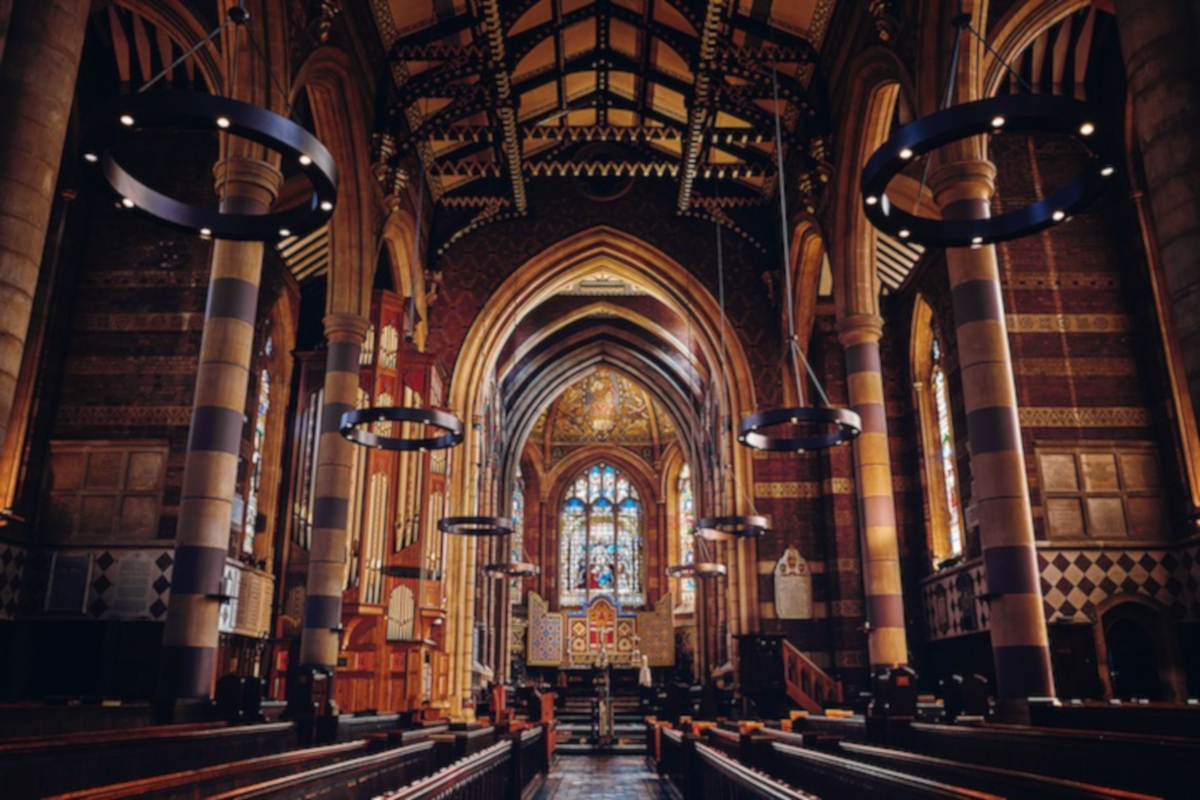 As a highly versatile instrument, now widely used beyond its original church or horror film score setting, the pipe organ is perfectly positioned for adding beauty, depth, and power to orchestral scores and compositions. Celebrated symphonic works such as French composer, conductor, organist, and pianist Charles-Camille Saint-Saëns’ 1886-completed Symphony No. 3 in C minor, Op. 78 — better known as the Organ Symphony — clearly make much use of an instrument that also provides the foundation for countless film scores spanning various genres, including 1958’s Vertigo (Bernard Herrmann), 1968’s 2001: A Space Odyssey (from Richard Strauss’ 1896 work Also sprach Zarathustra), 1982’s Koyaanisqatsi (Philip Glass), 1982’s Tron (Wendy Carlos), and 2014’s Interstellar (Hans Zimmer), to name a notable few. For no other orchestral instrument can go lower in pitch, providing thunderous sub-bass-like depth that is felt rather than heard.
It is little wonder, then, that as soon as Spitfire Audio co-founder and composer Paul Thomson heard (and felt) the Rugby School Chapel organ — housed in one of the oldest independent schools in Britain’s polychromatic chapel designed in 1875 by well-known Victorian Gothic revival architect William Butterfield, he knew he had to sample it. In fact, Spitfire Audio had to sample it! Heard in the opening sequence to American animator, artist, director, filmmaker, and writer Tim Burton’s 2007 Academy Award-winning mystery thriller, Sweeney Todd: The Demon Barber of Fleet Street, the contrast of this monstrous, cathedral-sized organ — featuring four manuals (keyboards) with 55 speaking stops (controls) and a total of 3,721 gilded pipes — with its intimate chapel setting creates an epic sound with a unique intensity and immediacy unlike any other. Obviously capturing the unique power and beauty of this impressive instrument built by Bray’s Kenneth Jones & Associates in 2001 with a 33-feet-high new oak case substantially in front of the existing organ chamber at the north side of the chancel to enable the organ itself to speak directly into the chapel was far from easily achievable.
As such, Spitfire Audio’s crack team of engineers and developers collaborated closely with world-renowned composer, producer, and organ expert Andy Richards — whose decisive discography spans working on fashionable films scores, such as the aforesaid Sweeney Todd: The Demon Barber of Fleet Street (music engineer, score mixer, organ, and additional music) and the Danny Boyle-directed, 2008 Academy Award-winning British drama Slumdog Millionaire (score mixer), as well as performing, programming, and producing an array of records by iconic artists like Frankie Goes To Hollywood, Grace Jones, George Michael, Pet Shop Boys, Rush, and much more besides — to record every pitch of the Rugby School Chapel organ with multiple microphone positions to achieve authenticity as well as capturing the natural sound of the room with which it interacts architecturally. Also working with celebrated organist James Williams, who regularly plays the organ in question as the Head of Academic Music at Rugby School, Spitfire Audio was able to conduct detailed exploration and experimentation to ensure that it got the very best out of the impressive instrument and its stunning surroundings.
Since the Rugby School Chapel organ has an (almost) endless combination of stops and pedals, it can clearly be overwhelming for anyone not familiar with its intricacies. Fortunately for its users, Spitfire Audio’s SYMPHONIC ORGAN library leans heavily towards instant playability, putting a comprehensive range of readymade stop combinations created by Andy Richards and James Williams into anyone’s hands. Having the hard-won outcome of such specialist curation readily at hand saves a huge amount of time and energy, enabling anyone to get the very best out of the impressive instrument and its stunning surroundings into DAWs (Digital Audio Workstations) worldwide, with inspired compositions (hopefully) flowing forth for all to hear.
Helpfully, SYMPHONIC ORGAN users can choose from 16 Manual (stop) combinations, 13 Pedal combinations for achieving that sub-bass-like sound, and eight Ensembles that span the whole organ. On top of that, the carefully captured natural room sound spans the (default) curated mix through to mix-and- matching six professionally-placed microphone positions for further control. Choices range from mics inside the organ itself for an amazing, full-tilt sound to ambient mics for a wider, more resonant tone. The layout is presented in dynamic order — from quietest to loudest, created by stop presets, and it is possible to choose any or all of the stop combinations, as well as 50 mind-bending, warped presets presented in Spitfire Audio’s acclaimed eDNA engine!
“SYMPHONIC ORGAN is the sound of the organ in your imagination that you’ve never been able to achieve; we’ve done all of the hard work, so you can just open and play — everything from beautifully soft lyricism to ear-shattering power,” proudly proclaims impressed instigator Paul Thomson.
SYMPHONIC ORGAN can be purchased and digitally downloaded for a time-limited introductory promo price of £149.00 GBP (inc. VAT)/$179.00 USD/ €179.00 EUR (inc. VAT) until September 12, 2019 — rising thereafter to an RRP of £199.00 GBP (inc. VAT)/$249.00 USD/€249.00 EUR (inc. VAT) — from here: https://www.spitfireaudio.com/shop/a-z/symphonic-organ/
SYMPHONIC ORGAN needs Native Instruments’ KONTAKT PLAYER (5.6.8 or higher) — a free version of the KONTAKT sample playback engine (included in the purchase) — to run as a fully NKS (NATIVE KONTROL STANDARD®) supporting plug-in instrument for Mac (OS X 10.10 or later) or Windows (7, 8, or 10 — latest Service Pack, 32/64-bit), while Spitfire Audio’s free Download Manager application allows anyone to buy now and download anytime.
For more in-depth information, including superb-sounding audio demos, please visit the dedicated SYMPHONIC ORGAN webpage here: https://www.spitfireaudio.com/shop/a-z/symphonic-organ/
Watch Spitfire Audio co-founder Paul Thomson’s ‘traditional’ video walkthrough of SYMPHONIC ORGAN here: https://youtu.be/9qjEHuLRp0o