Martin
GRENOBLE, FRANCE: virtual instrument- and effect plug-in-specialising software company XILS-lab is proud to announce availability of XILS 201 — following in the virtual (instrument) footsteps of its XILS 505 paraphonic string machine exacting emulation (earlier this year) as another ‘numeric namesake’ plug-in par excellence, this time inspired by a certain headphone- and microphone-manufacturing German giant’s sensational Seventies-vintage VSM 201 Vocoder, an ultra-rare (and ultra-pricey) sound effect device designed to take the human voice into the electronic sound world, widely appropriated by German techno-pop trailblazers Kraftwerk (throughout The Man Machine album in 1978, including its classic cut ‘The Robots’) and also (some say) voicing the Cylon robot race in that same year’s Battlestar Galactica TV series amongst other notable users and uses of the time, including influential American jazz keyboardist Herbie Hancock, before being given a new lease of life by French electronic music duo Daft Punk (on 2013’s chart-topping Random Access Memories long-player, playfully rebooting late-Seventies and early-Eighties American music), and now realistically rebooted itself in software (at a much more realistic price) by its fellow French creators — as of July 2… 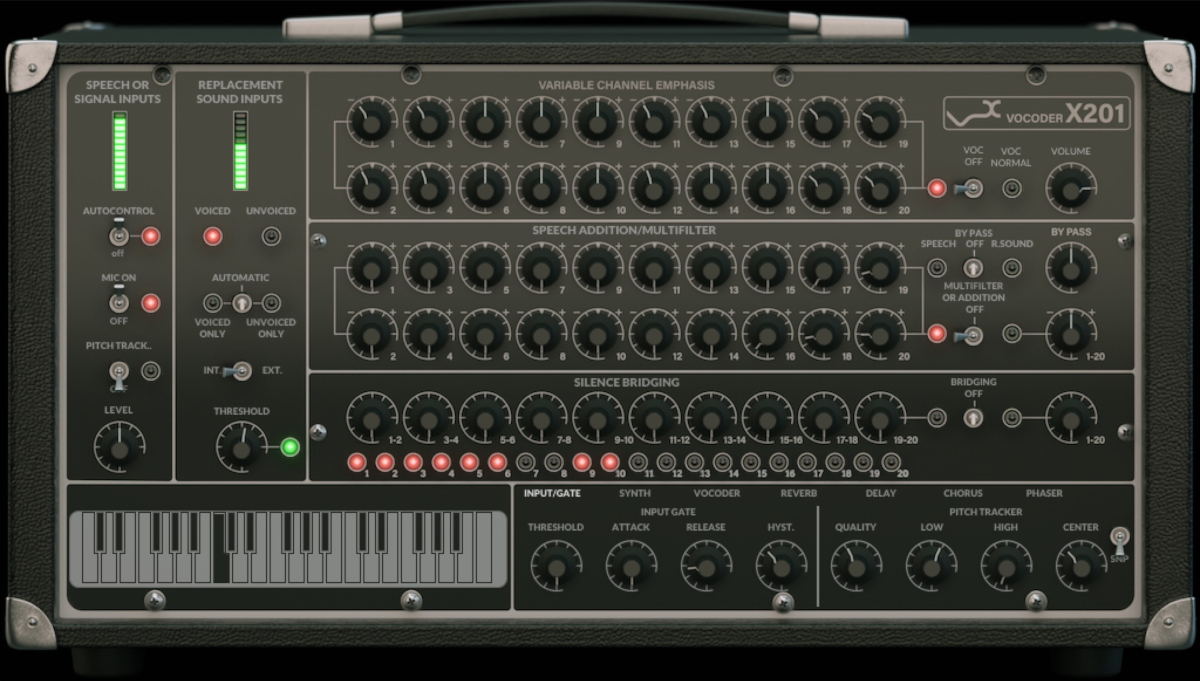