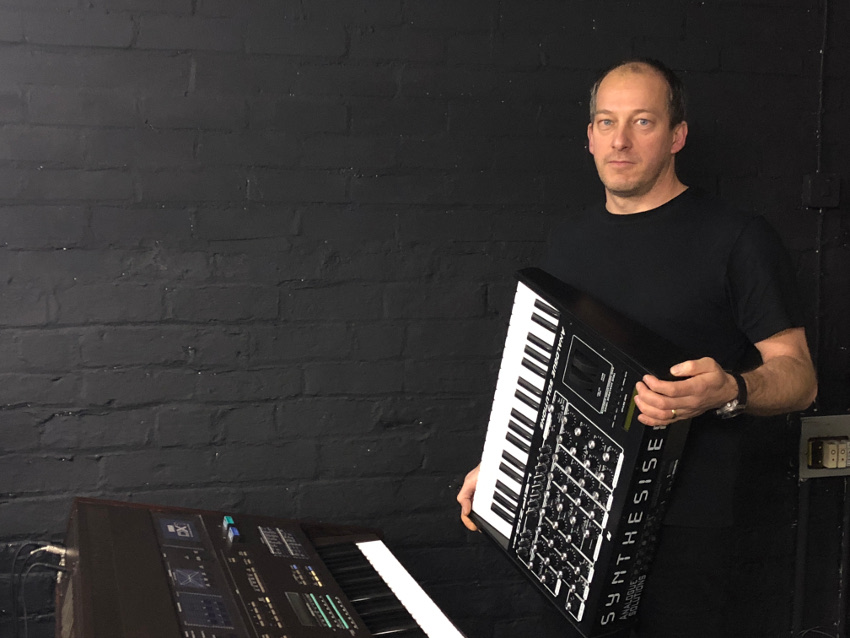 Analogue Solutions’ journey to electronic instrument-innovating glory has taken it along a (proverbial) long and winding road. Returning to ‘ground zero’, the aptly-named company was founded by Tom Carpenter in 1993, initially dealing in selling vintage electronic musical instruments while providing ancillary services such as repairs, modifications, manuals, and spare supplies. Since he was (and still is) a fervent fan of electronic music and also an active electronic musician himself, his natural instinct for programming synthesisers soon led him towards getting his hands dirtier, as it were, delving deeper into electronic instruments of his own making. Moving onwards and upwards, Analogue Solutions settled into its innovative stride within a short space of time by becoming the third company to enter the then-emerging Eurorack market, making modules for the small-format modular system set in motion by Germany’s Doepfer Musikelektronik (with the 1996 introduction of its initial A-100 series modules). Fast-forward to today, though, and Analogue Solutions has released over 70 different modules; meanwhile, the market mushroomed with hundreds of module-makers — both bigger and smaller — seriously embracing Eurorack in pursuit of their now clearly-competitive craft. Concentrating in more recent years on non-modular products, such as self-contained true analogue synthesisers — featuring fully-analogue audio paths with analogue LFOs (Low Frequency Oscillators) and EGs (Envelope Generators) — and standalone sequencers, today Analogue Solutions is rightfully recognised as a critically-acclaimed British boutique electronic instruments innovator; indeed, its ever-expanding product range is now sold worldwide, with an accomplished client list that reads like a who’s who of electronic music, including such synth-centric luminaries as Depeche Mode’s Martin Gore, Erasure’s Vince Clarke, New Order’s Stephen Morris, Nine Inch Nails’ Trent Reznor, and The Human League’s Philip Oakey, to namecheck but a notable few. For making electronic music is what it’s all about for founder Tom Carpenter: “I’ve always loved electronic music, and my goal, as always, has been to create amazing-sounding, vintage-style analogue synths to enable musicians to create the music I grew up on and continue to love to this day. Although it’s now been 25 years, I still have so many ideas that I want to make into physical products. Put it this way: I’ve released four new products in the last six months, and, as part of our 25th anniversary celebrations, I hope to have a further two products to showcase at this year’s SUPERBOOTH in Berlin, where we’ll be exhibiting.”
Analogue Solutions will be showcasing its latest boutique electronic instruments on Booth 0202 at SUPERBOOTH18, May 3-5 in Berlin, Germany. Go check them out… while wishing Tom Carpenter and his innovative company a Happy Anniversary!
For more in-depth info about Analogue Solutions’ products, please visit the company website here: http://analoguesolutions.com