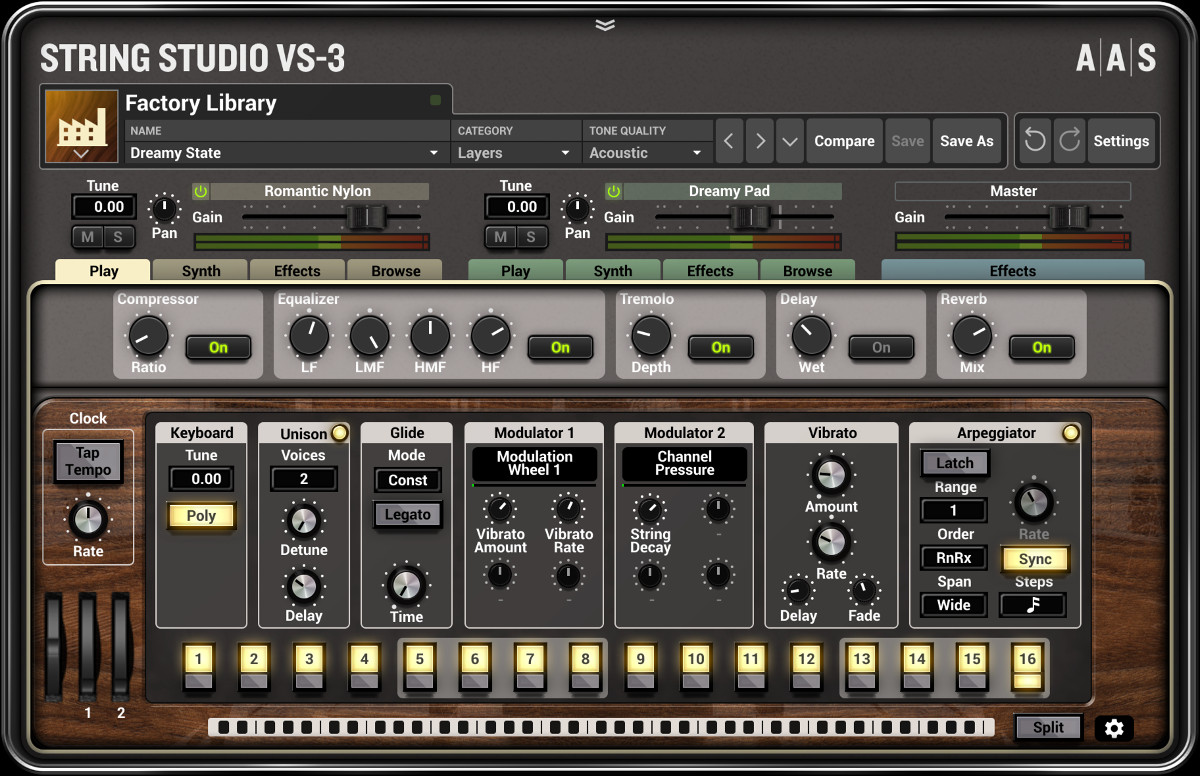 String Studio VS-3 is a synthesizer in which a collection of unique string oscillators replaces the traditional VCOs, DCOs, and operators as the main sound source. Consisting of picks, bows, and hammers interacting with a modelled string, these oscillators offer a special blend of modern and creative synthesis. Augmented with a soundboard, classic filters, an enveloppe generator, a LFO, and studio-quality effects, String Studio VS-3 proposes a brand-new path in the quest for tone.

This new version is all about adding new dimensions to the distinctive sonic signature of String Studio, says Eric Thibeault, product designer at Applied Acoustics Systems. String Studio VS-3 is now multitimbral. Combining two independent String Studio synthesis engines opens up a whole new world in terms of content. We’ve also added per-layer modulators that allow sound designers to make sound variations an integral part of the design process. Most importantly, a huge effort has been put into the factory library to exploit all these new possibilities. Each and every sounds were fine-tuned to provide a consistent gain-stage, unity-gain effects, better dynamics, and compelling MIDI-controlled sound transformation assignments.We’re confident that you’ll love this new iteration of String Studio.

The String Studio VS-3 plug-ins run on both Windows and Mac OS X in 64-bit host sequencers that support the VST2, VST3, Audio Units, AAX Native, and NKS formats.