BRNO, CZECH REPUBLIC: having amassed widespread critical acclaim with its innovative MixChecker mix-assisting plug-in that transforms studio monitors into classic reference monitors or one of several consumer devices to quickly and easily ensure that studio mixes translate to other environments, host application and audio effects developer Audified is proud to announce availability of MixChecker Pro — advancing making sound mixing decisions still further featuring a user interface with the same elegance and ease of use as the original MixChecker but boasting a whole host of new features to simulate surroundings and devices, thereby allowing its users to try walking in the shoes (or even ears) of their listeners — as of July 26… 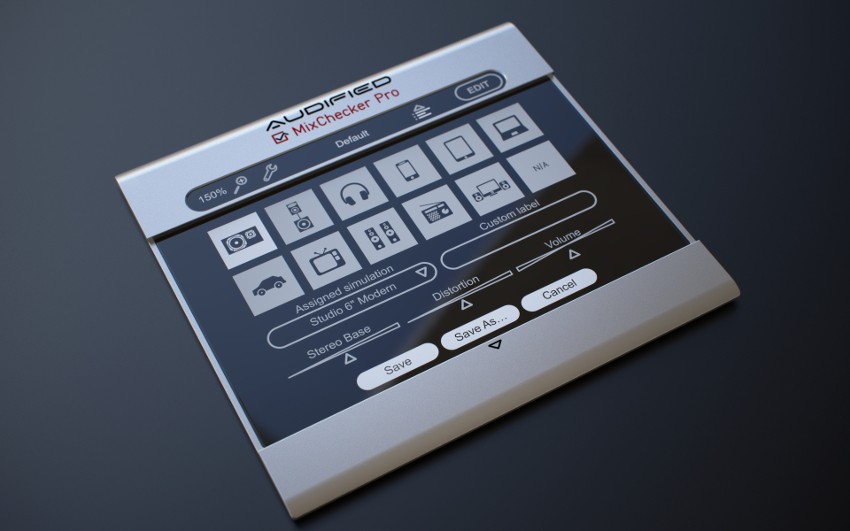 Anyone accomplished at mixing content for an audience is painfully aware of having to ensure that their mixes sound great when freed from familiar studio surroundings and let loose into the wider (listening) world. Which was exactly the thinking behind MixChecker upon its well-received release in 2016; clearly, consumers — the everyday people for whom that content is mixed — did not (necessarily) have access to high-end studio monitors, but more often than not used desktop speakers, tablets, and smartphones to satisfy their everyday listening needs, while watching TV and listening to music in the car remained routine; reality dictated, therefore, that best mixing practice involved ensuring that mixes were going to sound the best that they could on a wide range of different devices that sounded so wildly different by their very nature, and not just on high-end studio monitors. MixChecker made that possible by transforming studio monitors into classic reference monitors or one of several consumer devices at the press of a (virtual) button. And all without having to leave the so-called studio ‘sweet spot’ — a term used by audiophiles and recording engineers to describe the focal point between two speakers, where an individual is fully capable of hearing the stereo audio mix the way it was intended to be heard by the mixer; in reality, the sweet spot is the location which creates an equilateral triangle together with the stereo loudspeakers.
But before MixChecker’s timely arrival, the tried-and-tested way to (physically) check a mix involved having to waste time and energy exporting it to a smartphone or burning a CD to listen in a car or elsewhere before going back into the studio to tweak as appropriate, all the while facing the distinct possibility of having to repeat the tiresome process time and again. As an altogether more convenient and clever software solution, MixChecker can perform a quick round of tests in only a matter of seconds, allowing users to get on with the task in hand — making mixing corrections at a (key)stroke, still fresh from knowing what the problem in the mix actually was! Wisely, MixChecker took all the pain out of checking mixes. Mission accomplished!
Fast forward to today, though, and — as implied by name — MixChecker Pro places a whole host of new features to simulate surroundings and devices at the fingertips of its users, ultimately advancing making sound mixing decisions still further; fortunately for all, it features a user interface with the same elegance and ease of use as the original MixChecker, but professionally polishes that convenient concept claimed by its predecessor to reach a whole new level of perfection in the process.