Eventide has released the Pro Tools HD/HDX Expansion Card for H9000 products. The H9000 is the most powerful effects processor available with up to 128 channels of simultaneous signal processing, thousands of effects, and a generous complement of analog and digital audio I/O. This new user-installable expansion card allows Pro Tools HDX and HD Native users to connect their H9000 or H9000R via its Primary DigiLink port—adding up to 32 channels. It can alternatively be daisy-chained with other Pro Tools interfaces via the Secondary DigiLink port with the included 12’ mini-Digilink cable. 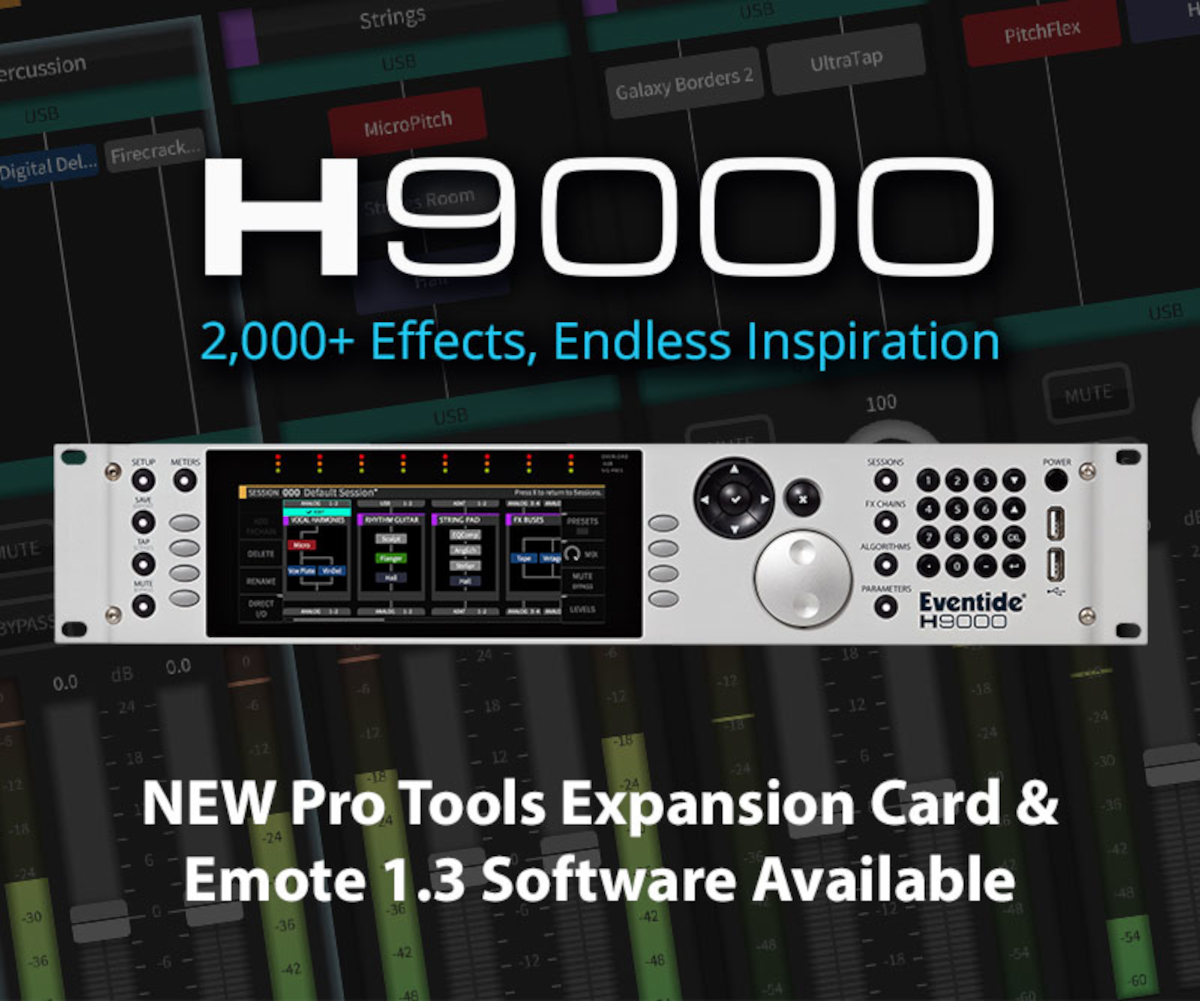 Concurrent with the release of the Pro Tools|HD Expansion Card is the release of version 1.3 operating software for the H9000. Along with Pro Tools support, the Emote v1.3 software for the H9000 features enhanced MIDI functionality and 2 new effect algorithms (and presets) migrated from the award-winning H9 stompbox – TriceraChorus and Harmadillo. It also offers user-requested UI refinements such as metering in the primary window, visual representation of FX Chain containers, independent zoom control, and enhanced algorithm viewing.