September 29, 2022 – IK Multimedia is pleased to announce the release of TONEX Mac/PC, the core element of AmpliTube TONEX™, IK’s complete software ecosystem which lets users model their own rig and play, practice and record with thousands of ultra-realistic Tone Models of amps and pedals.

TONEX Mac/PC is available today in 4 versions for purchase and download including a free version: TONEX CS. IK also announces that TONEX SE is now included with AXE I/O and AXE I/O Solo audio interfaces for guitar and bass players. 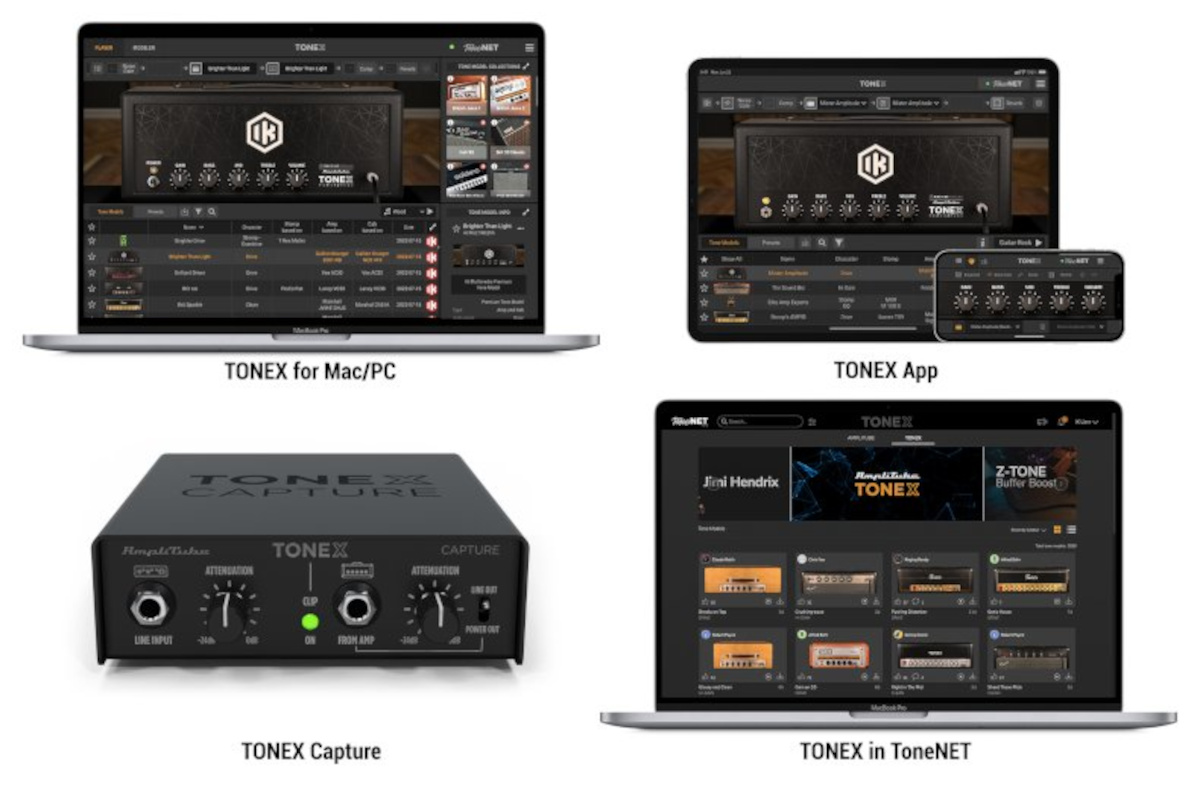 TONEX Mac/PC
A revolutionary concept in rig modeling, TONEX Mac/PC uses breakthrough AI Machine Modeling technology to let users capture the sound of any amp, cabinet, combo or pedal (like fuzz, distortion, overdrive, EQ, booster) and turn it into a Tone Model, all with ease and a sonic accuracy that’s virtually indistinguishable from the real thing.

TONEX Mac/PC works as a standalone and plug-in for all the major DAWs. Plus it’s available seamlessly inside AmpliTube 5, appearing as additional gear with direct access to all the user’s Tone Models. TONEX has two main sections: the Modeler, where the AI Machine Modeling Tone Models are captured and generated; and the Player, where the Tone Models can be searched, played, customized and uploaded to ToneNET.

TONEX App
Coming October, TONEX App lets iOS users use Tone Models on their mobile device and experience the power of AI Machine Modeling, minus the modeling capability. TONEX App works both as a standalone app and as an AU plug-in for recording inside all the major mobile DAWs, and includes the same exact Player section as TONEX Mac/PC software to play and practice.

Owners of TONEX Mac/PC will be able to use the free TONEX App and sync their Tone Model library seamlessly between desktop and mobile devices in the studio, at home or on the go.