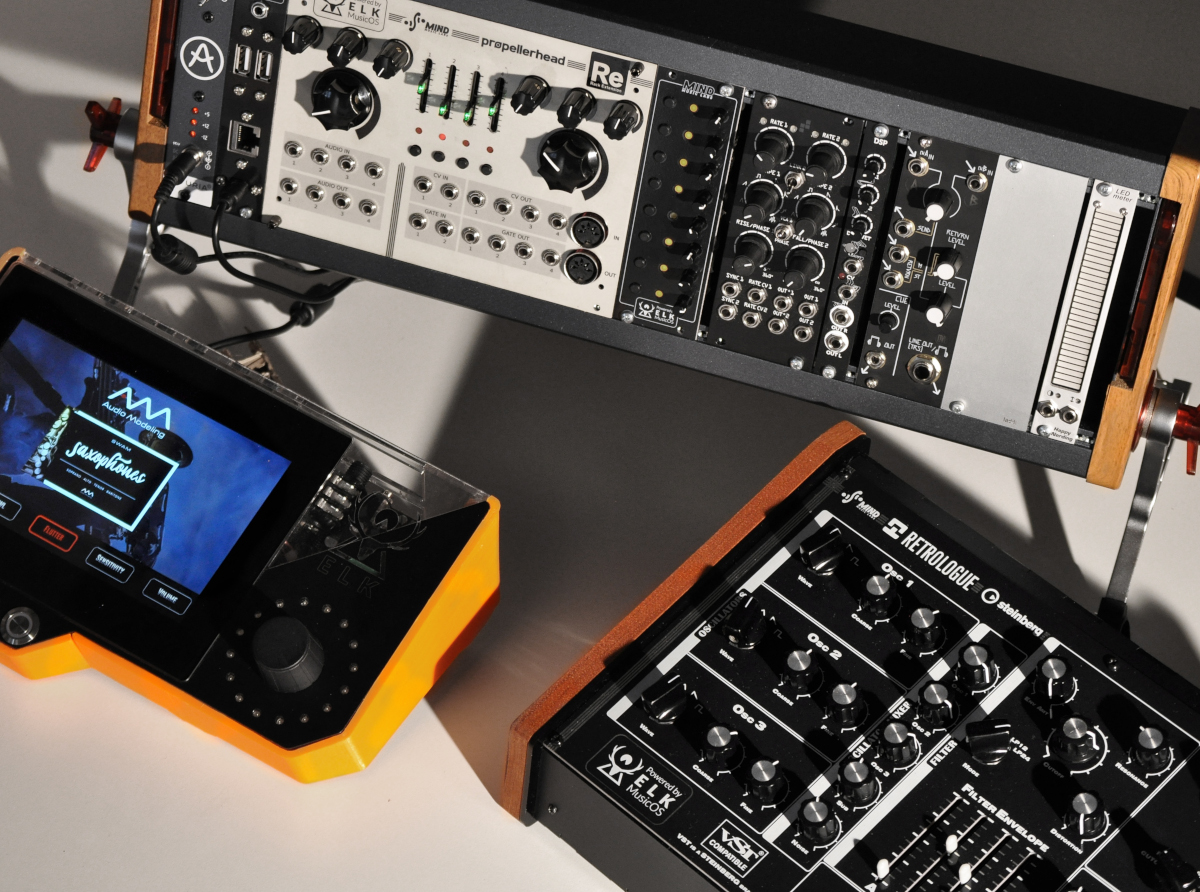 Further fulfilling its ambition of creating new ways to bridge the gap between musicians and technology, changing how to learn, create, record, and share music, MIND Music Labs will be demonstrating the potential and flexibility of its seminal ELK MusicOS by showcasing a number of hardware product prototypes based on existing VST (Virtual Instrument Technology) and RE (Rack Extension) releases from world-class developers at SUPERBOOTH19, Europe’s first and largest trade fair for electronic musical instruments.

However, ELK MusicOS is not only VST compatible but also runs RE plug-ins from fellow Swedish company Propellerhead, creators of innovative and affordable music software. Supporting the Propellerhead partnership, MIND Music Labs will be showcasing a Eurorack format synth module running the RE-compatible Polysix for Reason — utilising Korg’s proprietary CMT (Component Modeling Technology) to precisely model the circuitry of an analog polysynth classic from 1982 — on booth (O504).

Concludes MIND Music Labs CEO Michele Benincaso: “The different hardware prototypes we will be showcasing at SUPERBOOTH19 are all great examples of what ELK MusicOS is capable of. With ELK MusicOS you add the feel of playing an actual physical instrument — without losing the benefits and qualities of desktop plug-ins. I am very excited to show everyone at SUPERBOOTH19 what we have been working on.”

About MIND Music Labs (www.mindmusiclabs.com)
MIND Music Labs is based in Stockholm, Sweden, and develops technologies enabling a new generation of connected musical instruments. Its ambition is to create new ways to bridge the gap between musicians and technology, changing how to learn, create, record, and share music.