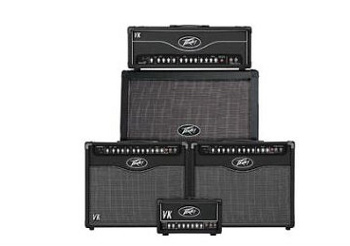 The new generation of the ValveKing Series from Peavey is now available throughout Europe. The original ValveKingline was designed to feature all of the tonal qualities and attention-to-detail circuitry of a boutique amplifier, but with a price point real working guitarists could afford. With the next generation of ValveKing, Peavey tells us that thy have taken this idea even further and delivered one of its most tonally sophisticated lines of amps yet, tailored for the versatile needs of today’s working guitarists.

Peavey CEO Hartley Peavey: „When we designed the first ValveKing amps we knew we wanted that elite feel and high-end build quality of a boutique amp in an amp that most working guitarists could afford. We also wanted it to be that rugged, go-to amp that guitarists can’t wait to plug into. Now the new generation of ValveKing adds features and versatility that raises that bar even more. The new ValveKing’s deliver it all!“

In addition to all the boutique qualities and hot-rodded tones that guitarists have come to expect from the ValveKing series, the next generation line incorporates brand new cutting-edge features for recording and performing musicians. For the recording musician, the ValveKing features a USB direct recording output, which pipes the mic’ed amp characteristic directly into a computer. On the rear panel, the built-in Peavey MSDI (Microphone Simulated Direct Interface) XLR direct interface eliminates the need for miking by allowing users to send the amp’s signal directly to a recording device or mixing console.

With versatile tone for rock, jazz, or metal, the new generation of ValveKing’s have the capabilities to create almost any sound imaginable. ValveKing’s proprietary Vari-Class knob enables guitarists to adjust the ValveKing’s „class“ characteristics, allowing for complete power amp type versatility. True to its name, ValveKing even includes the new TSI tube-monitoring indicator that keeps you apprised of the health of your tubes!

ValveKing offers other high-end features like 3 way variable power control, so you can tailor your output to your performance situation without compromising tone. With triple 12AX7s, two independent foot-switchable channels, each with their own EQ (except 20MH), and the Vari-Class variable Class A/AB simulation control, the next generation ValveKing delivers massive amounts of completely customizable all-tube power.

The next generation ValveKing line includes the new extremely portable ValveKing 20MH Micro Head, plus the beefed-up ValveKing 100 Head, ValveKing 20 Combo, and ValveKing 50 Combo, each delivering its own array of pro features and boutique tones.