Novation has joined hands with UK Hip-Hop hub Mixtape Madness for their latest mini-series, ‘Behind The Hits’. The weekly series is shining a light on some of the brightest and most creative minds behind some of the biggest tracks in UK Rap, Grime and Drill, and influencing music around the world. 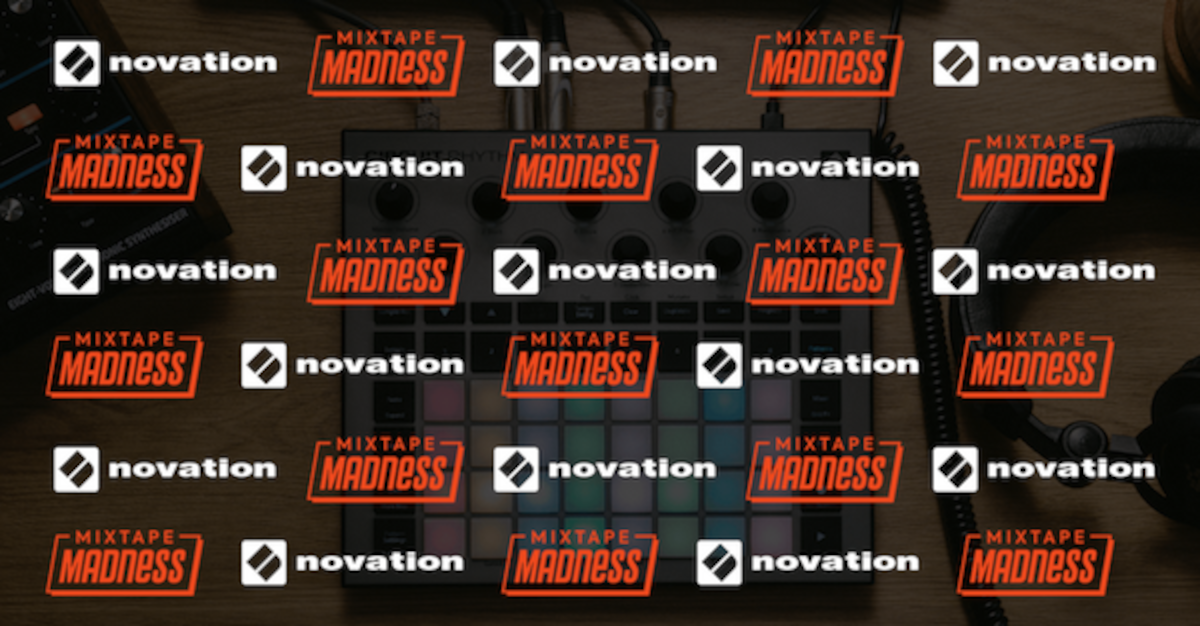 ‘Behind The Hits’ has showcased talent such as Brixton-based producer and Drill pioneer Carns Hill, who has worked with the likes of Skepta, Krept & Konan and Section Boyz, and East London’s double-platinum producer Mazza in previous weeks, both of who have touched on how they work to create their distinct sounds when producing tracks. Finesse Forever’s Gotcha and Jester followed up with introspective episodes focusing on how they got started with beatmaking and their creative styles.

Last week, one-to-watch producer X10 was in the spotlight. Still in the early days of this career, X10 is a versatile producer who moves easily between Drill, Trap, Rap and R&B, and has already worked with serious names from the UK Drill and Rap scene, including Digga D, Unknown T, M1llionz, DigDat, V9, M24 and many more.

In a surprise reveal for the final episode of ‘Behind The Hits’ which airs today, we’ll have a special guest, none other than S-X.

Born and raised in Wolverhampton, UK, Sam Gumbley, widely known as S-X, is a Grammy-nominated producer, singer, and songwriter. In 2010, S-X released what became one of the biggest Grime tracks of all time – ‘Woooo Riddim’, catapulting S-X to the top of the UK music production scene.

After great success producing for the likes of Childish Gambino, J. Cole, Lil Wayne, Skepta, and the 2019 single ‘Down Like That’ with KSI, Rick Ross and Lil Baby, S-X transitioned into releasing his own music as an artist, quickly gaining momentum with an extremely loyal and fast-growing fanbase.

Through their respective episodes, each featured producer has taken aspiring beatmakers and music fans alike into their creative worlds, giving an insight into their production methods and inspirations.

To pass on that inspiration, Novation is giving an exclusive Mixtape Madness sound pack, curated by the producers featured throughout the series, free to download for Circuit Rhythm users.

Celebrating the release of Novation’s sample-based groovebox Circuit Rhythm, the featured producers have put their hands to Circuit Rhythm to create and curate an exclusive Mixtape Madness sound pack for Novation. The exclusive sound pack will be available to download from Novation Components, the companion content library for Novation products.

The genre-defining producers features in the ‘Behind The Hits’ series have created this pack to inspire the next generation of producers. Beatmakers across the globe can now bring the distinct sounds of chart-topping UK Drill and Grime into their beats and take their music to new creative heights.

Get a taste of the Novation’s Mixtape Madness sound pack – listen to the sound pack demo HERE.

Sample. Make beats. Perform. Circuit Rhythm is a lightweight groovebox that makes producing beats easier than ever before. Record samples directly into the hardware, then slice, sculpt and resample sounds effortlessly. Add powerful FX for performing on the fly, collaborate with artists easily and produce new hip-hop beats with ease. Carefully designed for modern beatmakers in all their forms, Circuit Rhythm is more intuitive than any sampler on the market, designed to work seamlessly with your creativity and keep you connected to your music.