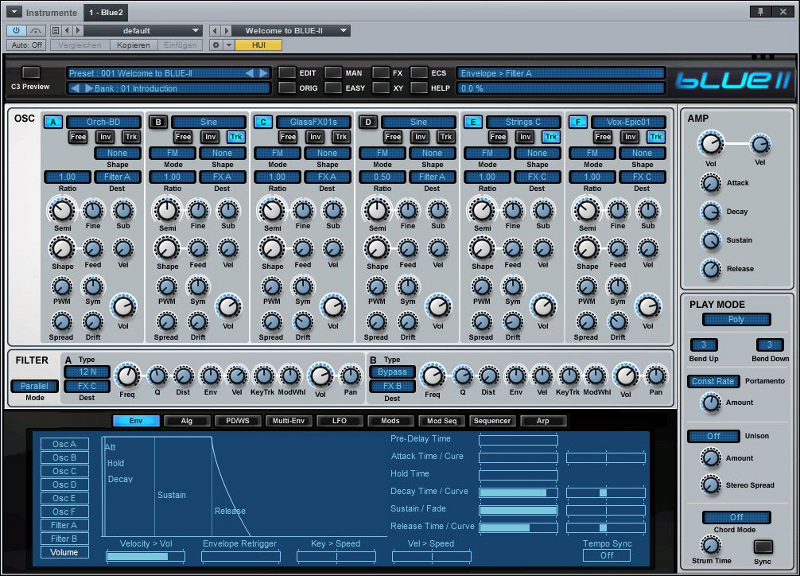 Virtual instrument and plug-in developer Rob Papen Soundware is proud to announce that Hollywood composer/producer Paul Haslinger has added BLUE-II — an all- new reworking of the Dutch business’ breakthrough BLUE soft synth for Mac (OS X 10.6 or higher) and PC (Windows Vista, 7, and 8) — to his well-stocked, state-of-the-art studio setup… 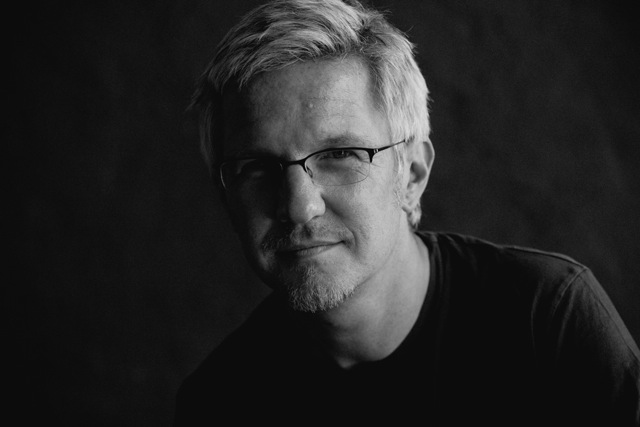 Self-confessed synth freak and world-renowned sound designer Rob Papen is no stranger to rave reviews with his popular namesake range of virtual instruments and effects plug-ins, a music technology ‘tradition’ that continues unabated to this day with BLUE-II, the latest soft synth to bear his highly-regarded name, one which has been busy making musical waves on both sides of the Atlantic since its eagerly-anticipated springtime release earlier this year. “Rob Papen has made a name and sound for himself in the soft synth world,” pronounces Paul Haslinger, himself held in high regard as an in-demand composer/producer.
Across the Atlantic, Haslinger has been busy making a distinguished name for himself in Hollywood film and television circles, thanks to his unique approach to sound, blending electronic and acoustic elements into his scores with a sizeable body of work ranging from the Emmy- and Golden Globe-nominated TV series Sleeper Cell and historic action movie The Three Musketeers through to the captivating sci-fi thriller Underworld: Awakening and beyond.
In truth, Haslinger himself is no stranger to the wonderful world of synths and sampling with which he first found fame and (good) fortune in the mid-Eighties to early-Nineties as a former pivotal member of Berlin-based German electronic trailblazers Tangerine Dream, extensively touring the world and scoring several significant soundtracks in the process, pioneering the use of computer- based sequencing on stage and in the studio before gravitating towards the Hollywood Hills. Which is exactly why he is arguably better qualified than most to professionally pass judgement on BLUE-II — and at a time when his highflying career sees him tipping his musical hat towards his Eighties electronic roots while scoring engrossing Eighties computer drama Halt And Catch Fire (scheduled to return to TV screens next summer). “BLUE-II is a revelation in realtime sound control and depth of programmability, and, as such, is perfectly suited to EDM-specific needs,” notes the trailblazer-turned-Tinseltown-worker, whose exemplary ears were first attuned to BLUE-II’s blue sky thinking during a personal demonstration at the 2014 NAMM Show in Anaheim, California.
Completing the soft synth’s generous sound banks back in Holland ready for release, Papen was moved to name one of its 3,200 phenomenal presets ‘Haslinger’s Move’ so the admiration is evidently mutual!
Basically, BLUE-II excellently embodies Rob Papen’s present-day vision to devise a powerful dream synth by building upon the success of the original BLUE, a bona fide soft synth classic developed in close collaboration with RPCX (Rob Papen ConcreteFX) partner and music software developer Jon Ayres nigh on a decade ago — cleverly combining FM and subtractive synthesis with Phase Distortion and waveshaping synthesis to create ‘Crossfusion Synthesis’ — and skyrocketing its innovations onwards and upwards… quite literally into the blue, too! Taking the useful XY pad features from its popular Blade brethren — a state-of-the-art additive soft synth powerhouse with a helpful human touch — and transplanting them into its own out-of-this-world workflow, together with six oscillators beating powerfully at its musical heart alongside two analogue-style modelled stereo filters with no fewer than 27 different filter types, an astounding array of processing and modulation options, serious sequencer, and an amazing arpeggiator, BLUE-II is perfect for time-based movements and vector-type sounds like no other. Scoring films need never be the same again!
Little wonder, then, that Haslinger has seen (and heard) the (musical) light. Let BLUE-II lend a helping hand to trade new dreams for old, Tangerine-tinted or otherwise. And who knows? Those Hollywood Hills could come calling and a musical move might well be on the cards… if you play them right. Just ask Paul Haslinger!