PreSonus® Studio One® Remote, a free iPad® remote control app for Studio One 3 Professional (Mac®/Windows®) is now available from the Apple App Store. Great as a “second screen” control surface in a workstation setup or as a flexible mobile remote for recording and mixing away from the computer, it provides control of Studio One 3’s transport and mix console, track Macro Controls, powerful custom commands, and stock and third-party VST and AU plug-ins. 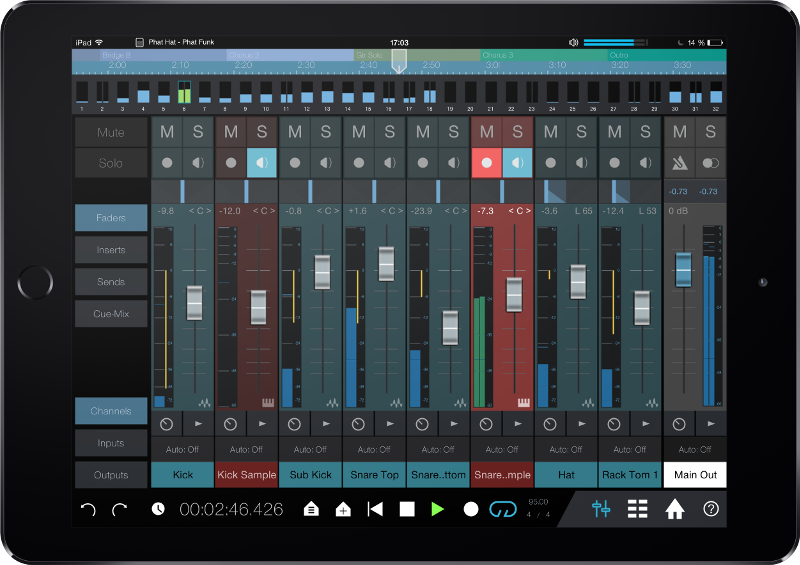 Key Features of Studio One Remote:

Simultaneously Released with Studio One 3.0.1:

Released concurrently with Studio One Remote, Studio One 3.0.1 is now available and adds: Italian localization; an updated reference manual with improved layout and navigation; a new sound set; improved multi-touch performance including support for third-party plug-ins; improved automation curve handling; and support for the new PreSonus StudioLive™ CS18AI moving fader controller. It also resolves numerous performance issues reported by users after the release of Studio One 3.