Neo Piano Chapters: Imperial features one of the two piano sets of Imperial Grand, which is also one of Sound Magic’s oldest pianos, the nominee of 29th TEC Award. It samples from a Bösendorfer 290 Special Edition which has a famously rich and dark sound, the Bösendorfer 290SE establishes an incredible level of realism through hyper-detailed sound. From bass to highs, its rarity stands out across music genres ranging from new age to classical 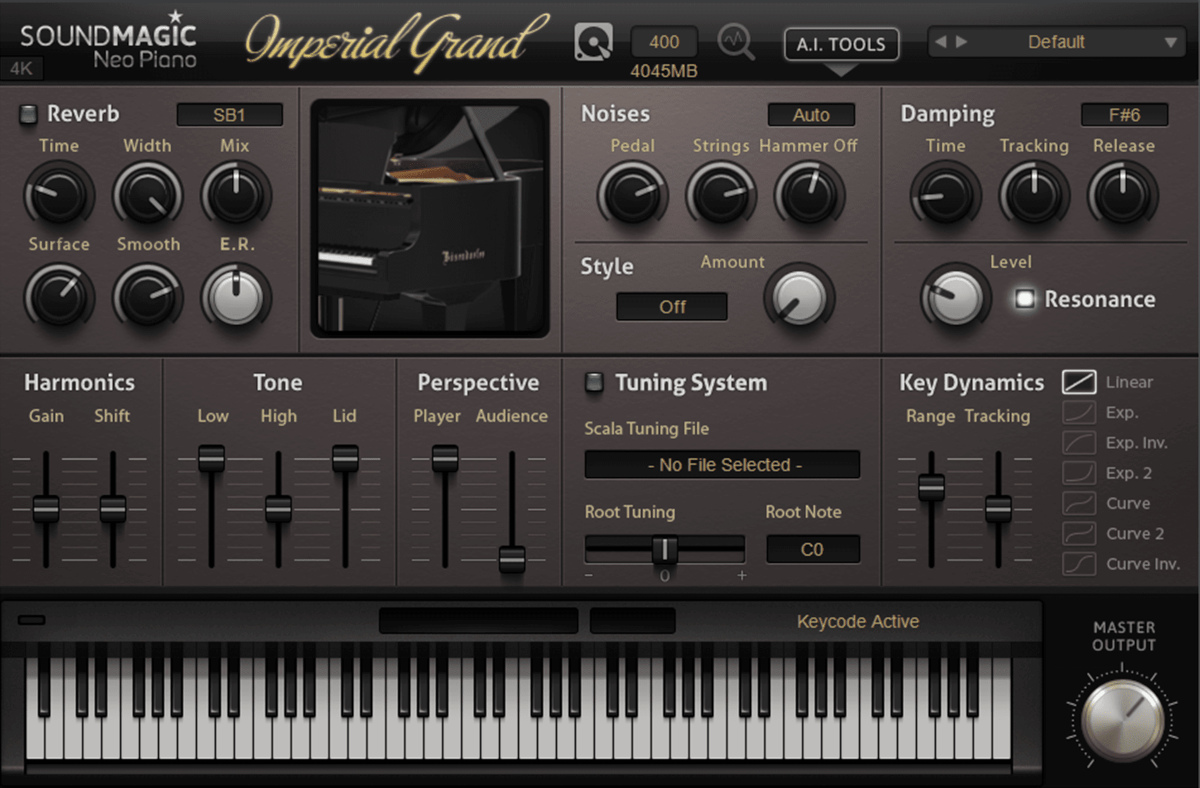 Neo Piano Chapters: Imperial is powered by Hybrid Modeling technology and HD Velocity Layer 3 with HDR (High Dynamic Range) technology (support up to 65,536 velocity layers) providing a natural boost to expressive power that can be felt with every strike of the keys. Along with the new Neo Piano engine, which achieves 400 times more variations than a traditional sample engine, every note played is unique, creates vivid sound representation, and strikes a rich, accurate tone even with small movement. In essence, it’s an instrument with a musical soul instead of a machine feel. What is more, in this new version we allow you to experience this in a system which only supports 127 velocity layers by applying HDR. This makes this technology can be used without any cost upgrading your MIDI system.