LONDON, UK: Spitfire Audio is proud to announce availability of ÓLAFUR ARNALDS CHAMBER EVOLUTIONS, effectively exploring what was possible with a chamber ensemble when working with BAFTA (British Academy of Film and Television Arts) Award-winning Icelandic composer, multi-instrumentalist, and producer par excellence Ólafur Arnalds — famed for his original score to Broadchurch, the top-rating television series from ITV (operators of the largest commercial family of channels in the UK), as well as several standout studio albums, including Island Songs (seeing him travel to seven very different locations in Iceland over the course of seven weeks to record several new compositions) — as an all-star ensemble performed his latest set of evolutions, executed with time-tested Spitfire sampling savoir faire as its musical must-have, notable namesake library latest, as of January 19… 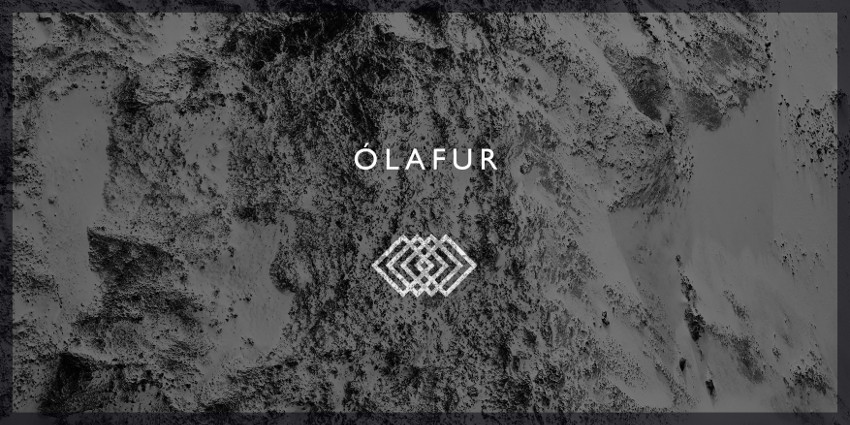 By way of brief background, based in Reykjavik, Iceland, Ólafur Arnalds’ approach to sound and composition has incontestably inspired a new generation to enjoy and create orchestral music. Following in the successful sampling footsteps of his own ÓLAFUR ARNALDS EVOLUTIONS and ÓLAFUR ARNALDS COMPOSER TOOLKIT libraries, Ólafur Arnalds became the clear choice with whom to create …CHAMBER EVOLUTIONS. After all, Spitfire Audio was collectively keen to explore what was possible with a chamber ensemble ensuing the well-received release of SPITFIRE SYMPHONIC STRINGS EVOLUTIONS (where pristine symphonic sampling meets Spitfire Audio’s alternatively progressive Producer Portfolio range to create an evolutionary experience by applying the company’s cutting-edge Evo Grid technology to the same no-expense-spared session recordings responsible for its soughtafter 60-star-string-player-performing, blockbuster-sounding SPITFIRE SYMPHONIC STRINGS library like no other); obviously this translated to the driving musical motivation factor behind bringing on-board Ólafur Arnalds again as an accomplished creative collaborator.
Clearly capturing the delightful detail of individual players — performing as a 4, 3, 3, 3, 3 (Violin I + II, Viola, Cello, Double Bass) ensemble of best British players led by fellow Icelandic multi-instrumentalist, composer, conductor, and longterm Ólafur Arnalds associate Viktor Orri Árnason, ÓLAFUR ARNALDS CHAMBER EVOLUTIONS exudes greater intimacy than its above-stated symphonic sibling, but beautifully balances that with enough excitement to still hold its own in scores and compositions alike.
As has been the case with so many precedent-setting Spitfire Audio libraries that preceded it, the top-tier ÓLAFUR ARNALDS CHAMBER EVOLUTIONS production saw ‘Spitfire & Co.’ returning to the much-lauded Lyndhurst Hall within London’s legendary AIR Studios founded by Beatles-producing genius George Martin. There the ensemble in question was creatively captured with only the best classic high-end microphones and pres — piped through the world’s largest Neve 88R large-format console, no less — to Pro Tools and quarter-inch tape with several user-selectable mic mixes making their way to the finished article as C (Close), St (Stereo), T (Tree), and A (Ambient) to great effect. “You can feel the history; there’s something special, and the players can hear it and feel it,” observes Ólafur Arnalds himself. However, being best described by Ólafur Arnalds as “…a sample you can play for three minutes that’ll never sound the same,” and readily reflected in the titling of ÓLAFUR ARNALDS CHAMBER EVOLUTIONS, even, those thrilling evolutions themselves have become widely adopted amongst the composer community as the most effective means of easily writing music that is able to subtly change over time without variation in melodic content. Creativity continues still further in the case of ÓLAFUR ARNALDS CHAMBER EVOLUTIONS (and also the likes of SPITFIRE SYMPHONIC STRINGS EVOLUTIONS), thanks to an ability to generate randomised evolutions, enabling unexpected results that are truly inspirational in their own right. Recording a number of very long notes that change or mutate over time across the entire range of the keyboard cleverly results in different evolutions. End users can create profound end results in hitherto unheard ways. What’s more, those note lengths are different across each Evo — ‘Spitfire-speak’ for evolution — to increase the randomness of what the user creates.
Assigning an evolution to a note range is straightforward: simply place a (virtual) peg in the relevant hole on the Evo Grid itself — inspired by the breakthrough British EMS VCS3, which made musical history upon its introduction in 1969 by being the first commercially portable synthesiser available anywhere in the world, thanks to its innovative modular matrix-based patchboard dispensing with the telephone exchange-like cabling of other (much larger) modular systems in favour of making space-saving connections with (removable) coloured pegs.
Pushing the concept onwards, ÓLAFUR ARNALDS CHAMBER EVOLUTIONS includes innovative evolutions, courtesy of Ólafur Arnalds: Feathering, so that only half of the players are performing at any given time — this allows users to play different chords and still hear the detail of the players, while Waves represents one of Ólafur Arnalds’ signature sounds — crescendo-diminuendos, so a range of prerecorded Waves have been included for instant satisfaction, saving the user from having to manually draw in or perform with a fader. “I’ve been using them on every single thing that I’ve done for film since we recorded this with the ‘alpha’ version of the library,” reveals its instigator, before concluding, truthfully: “They’re just magical and so inspiring; it’s a good writing tool.”
There it is… Ólafur Arnalds’ closing comment clearly sums up ÓLAFUR ARNALDS CHAMBER EVOLUTIONS. This latest library makes it easy to create sophisticated chamber strings music from the most simplistic of arrangements — just a few sustained notes is all that’s needed to write inspiring dynamic textures!