Now you can rock models of the legendary Marshall® JCM Slash Edition Silver Jubilee, the Marshall® AFD100, plus all of Slash’s signature guitar pedals. Also included is a massive collection of Slash guitar tone preset settings, provided as starting points for your own tone tweaking or playing along. 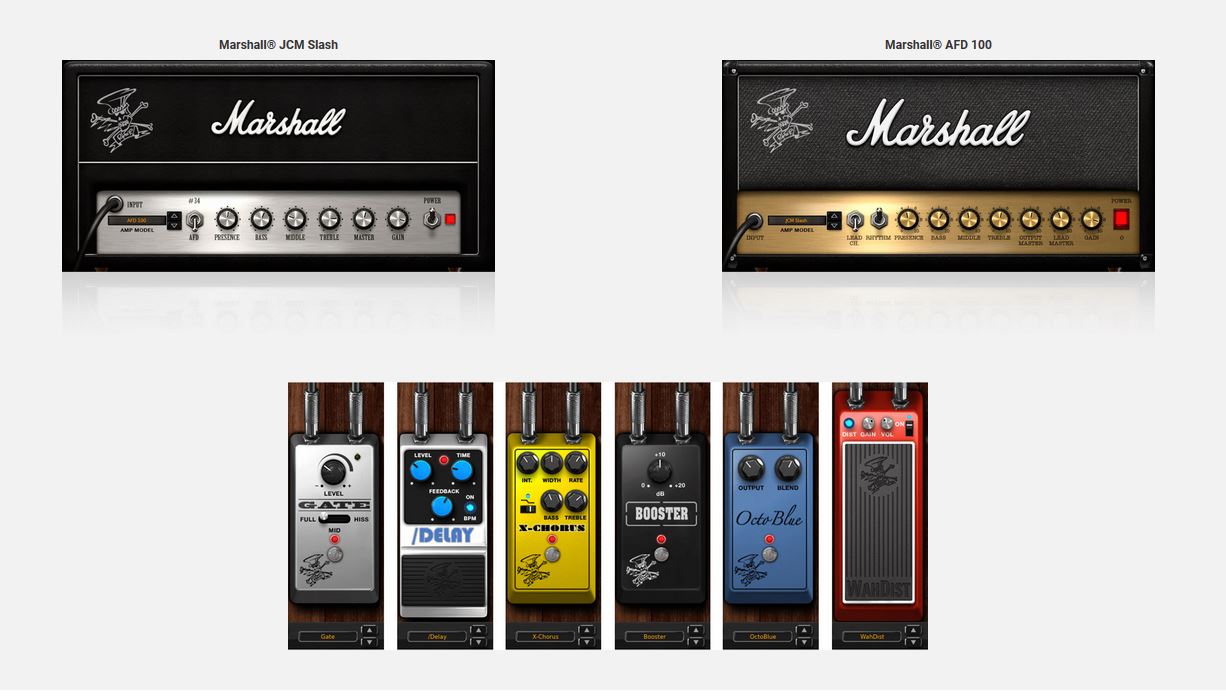 „I have to say, it’s probably the best amp modeling that I’ve ever worked with. I’ve worked with a few different ones, and this is by far superior.” – Slash

Existing AmpliTube Slash users get this update FREE, so visit your User Area to download your update now!