We’re excited to announce our latest release, Evolution Django Jazz. The sample library was recorded using a replica of Django Reinhardt’s own Selmer 503 acoustic guitar. The guitar was built by a master luthier to the exact specifications of the original instrument, including details like the zero fret and unique four brace construction, all of which play a role in recreating Django’s unmistakable, legendary tone. 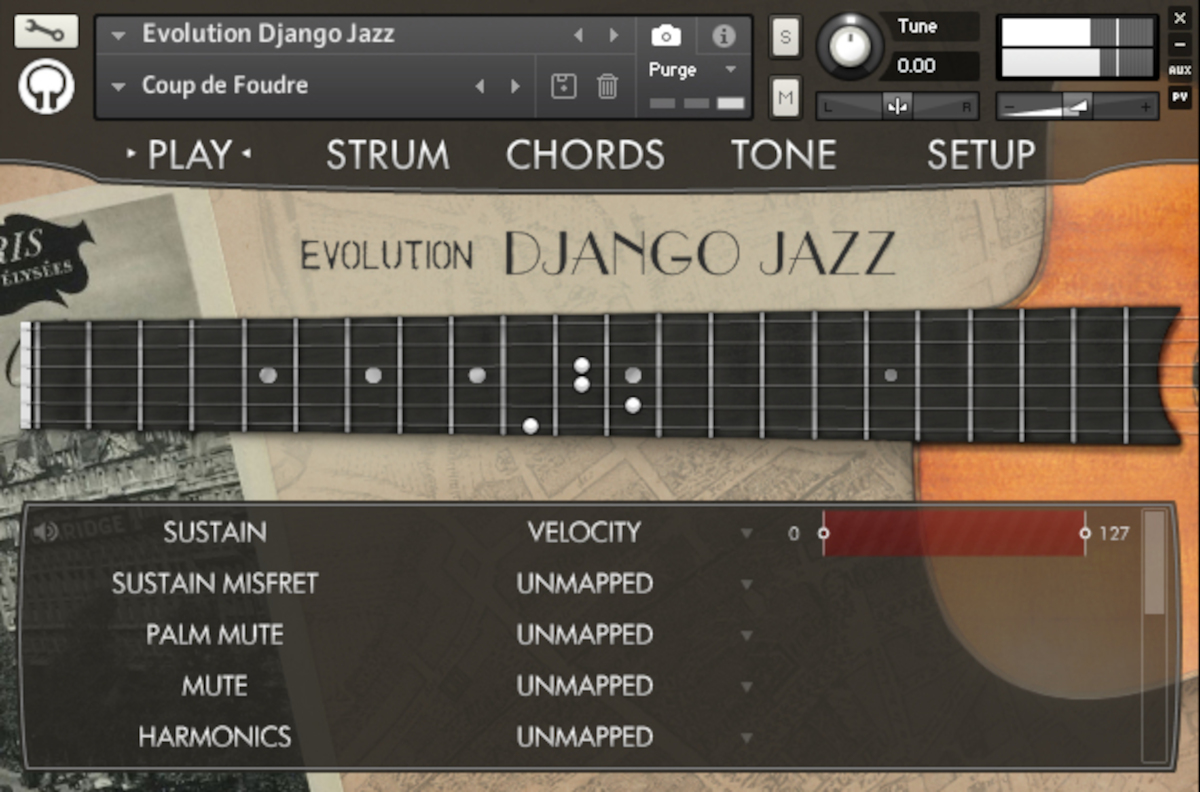 As part of our Evolution series, the sample library is outfitted with a built-in effects suite, flexible articulation mapping system, and a strumming pattern editor. If you’ve used any other Evolution libraries, you’ll already be familiar with the interface and workflow.

Evolution Django Jazz is normally $179 USD, but until February 15th you can pick up your copy at an introductory discount of $139.

Use the link below to watch the walkthrough video and listen to audio demos.