Positive Grid and Strandberg Guitars today announce a major update to BIAS, the revolutionary guitar amp designer and modeler for mobile and desktop devices. This new version offers BIAS users a series of .strandberg* amps created by .strandberg* guitar artists, and focuses on giving a stunning tube amp tone made to enhance extended range guitars tone. The new BIAS .strandberg* amps are available for BIAS iPad users first, and will be available for BIAS Desktop users in the following weeks. Strandberg Guitars will host a series of BIAS Strandberg live demo sessions for the product at the NAMM Show this January 22-25. 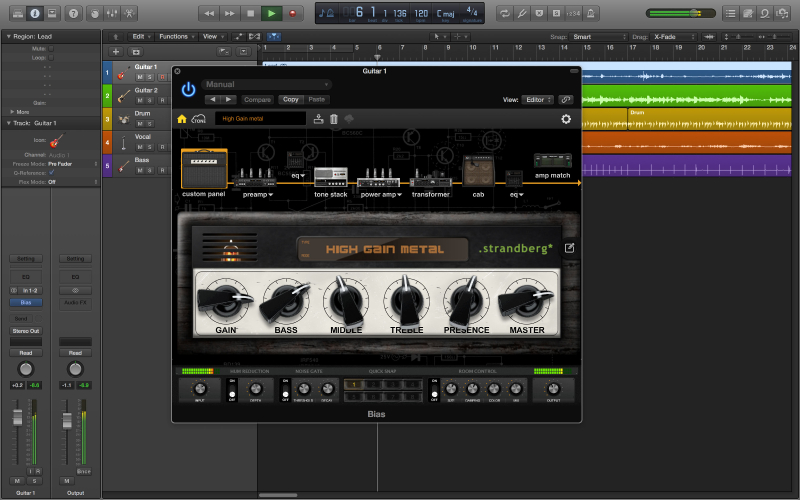 “Launching our amps as ‘virtual amps’ using BIAS gives us so much more than just awesome tone. Our guitar customers can now reproduce the exact tone that our artists created for that guitar and that they might have heard in a demo or on an album. Not to mention they are free and don’t add an ounce of weight to the rig.” says Ola Strandberg, the founder and CEO of Strandberg Guitars.

About Strandberg:
Strandberg Guitars is an industry-leading musical instruments manufacturer from Uppsala, Sweden, known for ergonomic guitars. Since 2007, the brand has built a worldwide reputation of innovation and design that addresses the needs of guitarists today, with headless, multi-scale, and extended range guitars. The global musician community is engaged in the design process. Strandberg Signature Artists include Paul Masvidal, Chris Letchford, and Per Nilsson. The initial amp pack will also include amps by Yvette Young and Allan Marcus.

About BIAS:
BIAS is an amp designer, modeler, and processor that includes 36 of the most sought-after vintage and modern amps in rock ‘n’ roll history as a starting point for user customization. Users can modify these amps and virtually build their custom amps by swapping out the tubes, preamp, transformer, tone stacks, cab and mic to create their own distinctive signature sound. Users can also upload their amp creations to ToneCloud, BIAS’ own amp-sharing platform, to share their custom presets with other users.