Martin
KINGSWINFORD, UK: following hot on the heels of its (discontinued) award-winning Fusebox true analogue monophonic synthesiser putting into practice the REAL ANALOGUE VOICE & MODULATION CIRCUITS wording boldly blazoned across its brightly-coloured orange panel that surely stood out from (the sound) of the crowd, British boutique electronic instruments innovator Analogue Solutions is proud to announce availability of its Fusebox X followup — featuring the same general (three-VCO/multimode filter, etc.) specification as the original as a readily released reincarnation bolstered by a three-note polyphonic mode alluded to in its tidied up front panel’s ANALOGUE 3 VOICE POLYSYNTHESISER wording, as well as several new features and many internal performance tweaks — as of January 19… 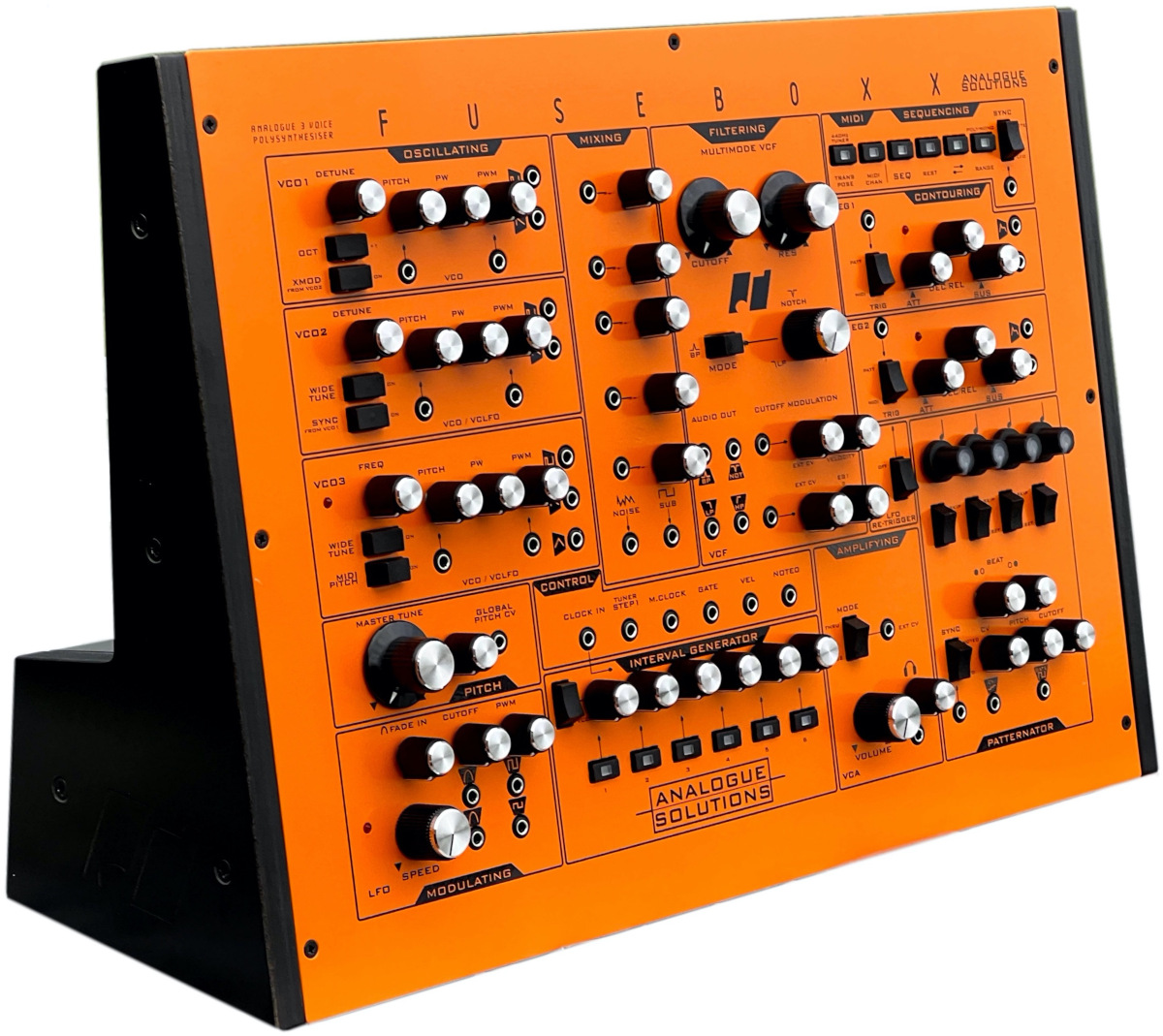